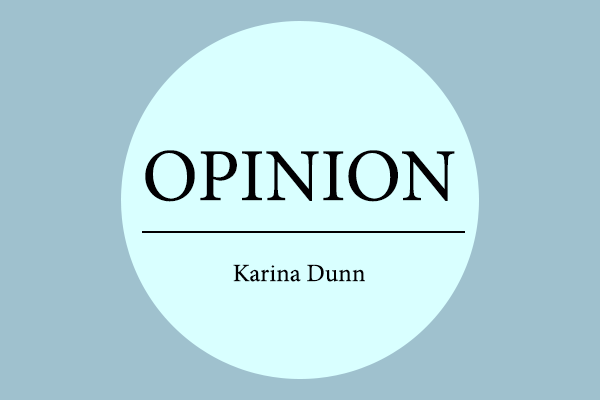 By Karina Dunn
For the second year in a row, the Academy of Motion Picture Arts & Sciences has nominated a slate of all white actors for the prestigious Oscar awards. Several prominent stars called for a plan to boycott because of the lack of minority nominees.
In response, the Academy announced plans to increase diversity among their voters. They intend to get ahead of the movie industry by incorporating a greater variety of culturally active voices when voting for nominees.
This is admirable.
However, our problem does not start or end with the Oscars. In many ways, the Oscars are a symptom of a larger issue.
The issue starts at funding for production studios and theaters willing to support diverse voices.
As a result, we have problems with casting, not just voting. The Academy cannot promote diversity if it does not exist in the movies presented on the ballot.
Diversity is defined by the many cultures and traditions present in this world. The art we create and promote should reflect on, comment on and better society, not present an illusionary view of it.
The majority of films nominated by the Academy this year feature white male actors in lead and supporting roles and little representation of women, minorities, LGBTQ relationships and foreign nationalities.
This shows the Academy’s negligence of actors and actresses outside the “mainstream” ideal.
Even with black, female president Cheryl Boone Isaacs presiding over the Academy’s Board of Governors, conscious diversity representation remains an issue.
Part of the governors’ duties is to approve future members and debate the rules of Academy membership. The Academy Awards themselves allow the film industry as a whole to face the country for one night and recognize some of their most deserving artists.
They must stay aware of the narrative they create.
Attitudes of power players in Hollywood have created a culture that places one face, typically a white face, at the pinnacle of success, ambition and worthiness.
Of course, this is a lie created by industry players’ inability to look outside the bubble of their world and recognize the needs of their audience.
All of our experiences extend from cultures defined by their respective histories, and we all coexist in this world.
Filmmakers, not just Academy voters, need to shoulder their responsibility to promote stories, actors and directors from these different backgrounds.
We need more films created, written, directed and produced by minorities and women who receive so little attention from the larger production companies.
It is not enough to put a minority, gay, black, Asian, Latin or female face onscreen. We must take the next step and recognize feature films built around the lives and culture that these minority groups live every day.
Take the initiative to put a woman in a power role, make an Afghan a hero and let him or her be human, presenting a story on their merit and not the stereotypes around them.
Diversity is not something that we need to achieve. It already exists.
Instead of protecting the status quo, films, like the rest of the world, should seek to help promote and educate us about these changes while also creating a canon that reflects the world we really live in.
For example, Shonda Rhimes recently took over ABC’s Thursday nights and reminded many viewers of the importance of having more perspectives represented onscreen.
In her book “Say Yes,” Rhimes reveals one the goals of “Grey’s Anatomy,” which she created and produced. She wrote about “normalizing” her cast to LGBTQ relationships, blacks, whites, Latins, Asians, men and women, etc.
I love her choice of term. If we normalize our stories, “mainstream” will no longer be a euphemism for white and male.
Creating an atmosphere that welcomes the female perspective would broaden the scope of stories told.
Women continue to fight for equal pay and recognition when they perform at the same level as their male counterparts for succeeding in the same arenas.
Gatekeepers have never stopped to think that historically, the systems that created their success simultaneously limited the careers of their “diverse” co-workers.
People in marginalized groups often grow up somewhat aware of the chances previous generations fought to give them. There can be pressure in the real world to live up to those standards.
We all need reflections of ourselves onscreen and behind the scenes to reserve our places in the cultural fabric of this country.