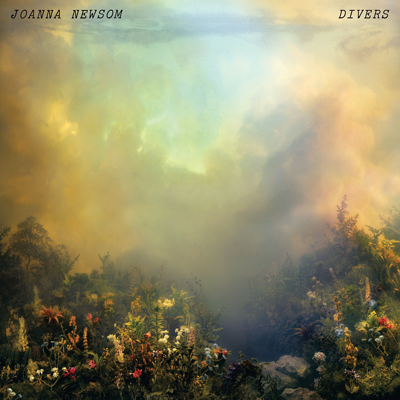 It’s been five long years since the release of avant-garde folk artist Joanna Newsom’s last album, but it was more than worth the wait. This new album surpasses the hype.
“Divers” is Newsom’s fourth studio album following her huge 2010 triple album “Have One on Me.”

“Have One on Me” was a huge change of sound from her 2006 release titled “Ys.” “Ys” used grand orchestral arrangements, and “Have One On Me” used more modern influence. Newsom continues this trend by changing her sound again.
In “Divers,” Newsom incorporates instruments varying from her typical harp to a surprising amount of synthesizers. She uses a blend of classical and modern instruments perfectly. Each sound complements another through a combination of beautiful strings, full drums and droning synths.
Some of the instruments accompany Newsom’s vocals like a duet. The best example of this is the piano on “The Things I Say.” The piano is independent of Newsom’s voice, yet it complements it.
Newsom has a unique singing voice that might be off-putting at first, much like fellow folk singer Bob Dylan.
Her voice is a bit nasal, and some notes she hits sound sharp to the ear. It takes a while to get used to.
There are other things new listeners have to adapt to. Newsom doesn’t use traditional verse-chorus song structure. Instead the songs have a more free-from feel to them. Because of this, the album takes a few listens to get used to but gets better each time.
Newsom is one of the best lyricists of the 21st century and shows it by tackling many concepts on the album. Some of the lyrics negatively reference her time in New York City, mainly on “Sapokanikan” and the traditional folk-sounding “Same Old Man.”
Some lyrics describe love with a significant other, which may be about her husband, Andy Samberg. Newsom describes the complicated relationship on the title track through lines such as, “I can’t claim that I loved you first, but I loved you best,” and, “I don’t know if you loved me most, but you loved me last.”
Newsom also shows her exceptional talent for wordplay by referring to lyrics on the first half of the album in songs on the latter half. This really connects everything together.
The first and last songs on the album, “Anecdotes” and “Time, As a Symptom,” execute more of this clever wordplay. The first and last sound we hear on the album is the coo of a dove. Newsom hasn’t commented on this, but I interpret it as a representation of nature as a whole. Nature was here before us, and after we’re gone, nature will still be there.
Connecting more of the beginning and end of the album, the last word of “Time, As a Symptom” is cut off on “Tran-.“ If you repeat the album, you’ll find that the first word sung is “Sending.”
This is probably Newsom’s most accessible album, and I would recommend it to anyone looking for innovation or something to expand their musical tastes. I just hope I don’t have to wait another five years for her next album.