The Et Cetera • May 20, 2015 • https://eastfieldnews.com/3355/sports/harvesters-lose-world-series-bid-to-defending-champs/ 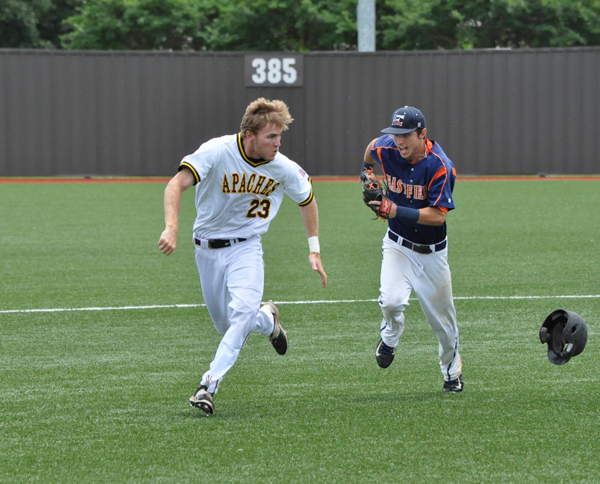 
The Eastfield Harvesters ended their season May 18 with a 12-6 loss to Tyler Junior College in the National Junior College Athletic Association District C Tournament championship game.
The No. 3 Apaches, defending national champions, advanced to the NJCAA Division III World Series in Kinston, North Carolina.
No. 5 Eastfield, national champions in 2011, closed the season 36-12.
“I happen to think these are the top two teams in the country,” Eastfield coach Michael Martin said. “It’s like this every year. These are two great teams. I’m proud of my guys because they’ve had an amazing season. A lot of teams would love to have a season like this.”
Stayed tuned for more reports from the tournament.