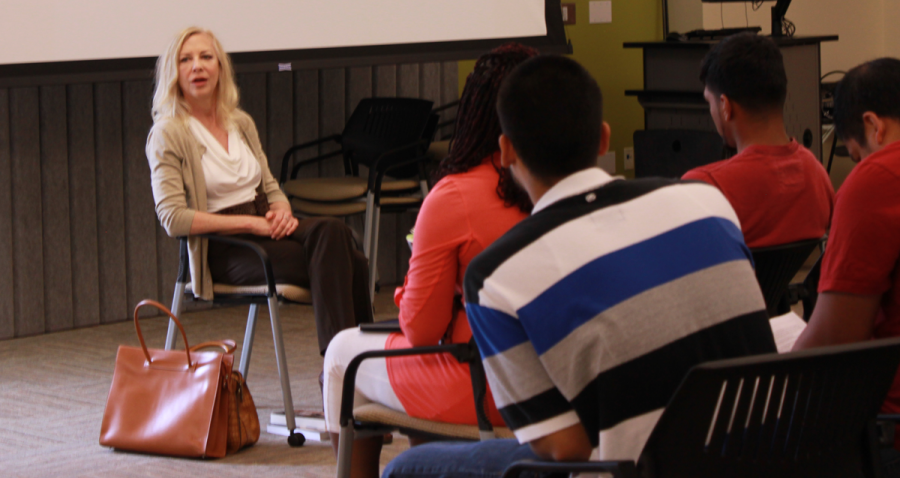 Best-selling author Kathleen Kent encourages students to explore their ancestry and learn more about the stories of their families.