The Et Cetera • May 3, 2022 • https://eastfieldnews.com/25152/opinions/editorial-trustee-incumbents-should-stay/ 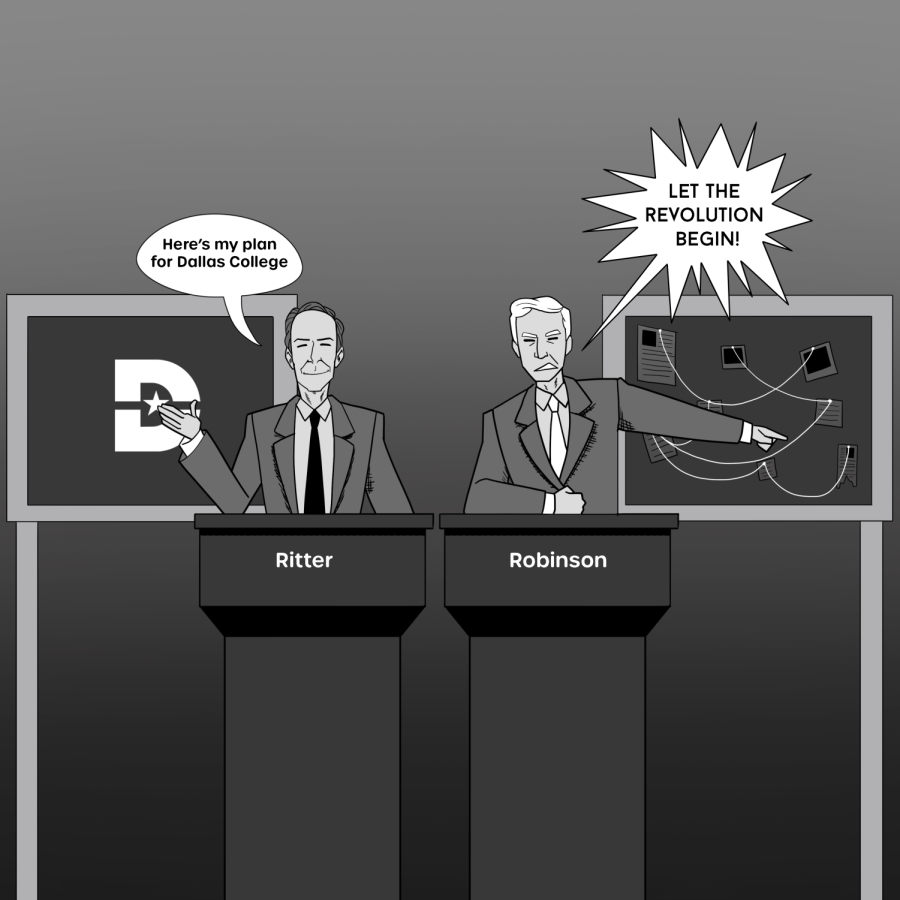 On May 7, voters will choose three Dallas College trustees. This is the first board election since the consolidation into one college, and the results will determine the direction of Dallas College for years to come.

We realize school board elections are usually on the low end of voter turnout, but we urge all eligible voters to get out and vote.

Some of the candidates who are running in this election represent ideologies that are not in the best interest of Dallas College or your tax
dollars.

Davenport bills herself as nonpartisan and is running on a ticket to restore academics to Dallas College. She’s voiced concern over the college’s emphasis on workforce training and is critical of the early college high school, dual credit and P-TECH programs.

She said the current trustees are lying about the college’s success and her first act as trustee would be to “audit and evaluate the existing programs.” She wants to find out where the money is going and why college building programs are up when enrollment is down.

On the surface, Davenport’s crusade to expose corruption seems noble, but we think her hyperfocus on alleged wrongdoing will be a distraction for the board and will not produce anything productive.

We believe the college needs a trustee who who will build up the college instead of tearing it down based on perceived wrongdoing.

Our other concern about Davenport is her endorsement of District 2 candidate Eugene Robinson, whom we mention below. Even though Davenport is more careful with how she talks about diversity and inclusion issues, we are alarmed she is so closely allied with Robinson. She regularly shares about his campaign on social media.

We endorse the incumbent Williams for District 1. She has experience working with the board and we believe she will move the college forward.

Incumbent Phil Ritter and Eugene Robinson, a former Dallas College employee and adjunct professor, are running for the District 2 seat.

Robinson said his first act as trustee would be to “get rid of the entire upper echelon of administration,” citing misspent funds, poor decisions and the possibility of money laundering, none of which have been proven.

Robinson has also posted controversial messages on his Facebook page, which is open to the public.

On Jan. 6, 2021, the day Trump supporters attacked the U.S. Capitol, he posted a tweet about the insurrection and added a personal message: “Americans, get your arms. The Second American Revolution has begun!!”

When asked at the Brookhaven trustee candidate forum what he thought the board could do to enhance equity, diversity and inclusion, he said the district is already 82% minority and he wants to know where all the white students have gone.

Robinson’s agenda does not align with Dallas College’s mission to support a broad range of diversity among students. His mindset will keep him from
working with other members of the board to make positive changes that will help students.

Ritter, on the other hand, has an excellent record of listening to faculty concerns, including during the open carry law controversy a few years ago. He is the candidate we endorse for the position.

Soji John, a Dallas lawyer, and Paul Mayer, the CEO of the Garland Chamber of Commerce, have both promised to act in the best interests of the college and do all they can to work with the board to move the college ahead.

Both of these men seem like well-informed candidates, but Mayer has the most experience. He is the candidate we endorse for District 3.