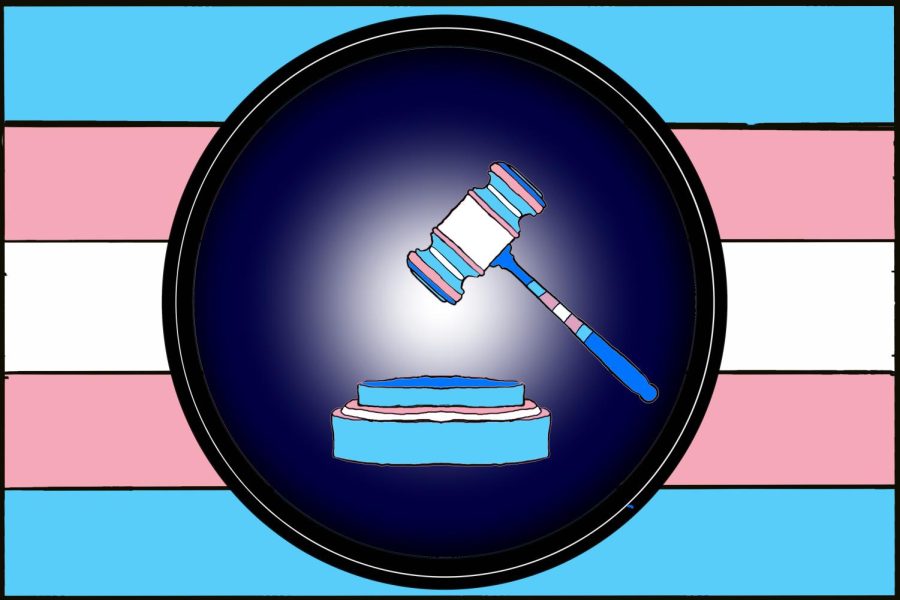 A controversial directive targeting transgender youth has been temporarily blocked by the Texas Third Court of Appeals.

Following an ACLU lawsuit on behalf of transgender youth, the court stated in a legal order, “the temporary injunction is necessary to maintain the status quo and preserve the rights of all parties.” The ruling reinforced an injunction ordered by a lower court on March 11.

The directive and investigations that have spawned from it have yet to be permanently struck down.

As the Associate Dean of Support Programs, Katy Launius supports LGBTQ programs and initiatives across Dallas College. She voiced concern for how the directive will negatively affect transgender Texans as a whole.

“We know that a lot of students, a lot of individuals, have been forced back into the closet,” Launius said.

In a letter to the Texas Department of Family and Protective Services on Feb. 22, Abbott called for child abuse investigations into doctors and parents providing gender-affirming care to transgender minors.

“It puts people who [transgender youth] normally see as trustworthy individuals into a position of mistrust,” Launius said.

“It makes you fearful to live in Texas,” Schlarb said. “The governor is going after transgender kids.”

As a transgender male who uses the pronouns they/them, Schlarb worries this directive will affect the reputation of people like them.

“It makes you question if you want to be ‘out’ or not,” Schlarb said. “But if you’re like me, it’s too late to put the cat back in the box.”

According to a 2019 Youth Risk Behavior Surveillance by the Centers for Disease Control and Prevention, transgender youth are at a higher risk of depression and suicide due to stigmatization.

“Trans youth experience so many barriers,” Launius said. “To find a doctor who provides gender-affirming health care is already journey for a lot of transgender folks.”

As part of her work with homeless services, Robinson encounters numerous transgender youth who were kicked out of their homes.

“[This directive] continues to marginalize this community, especially youth who are trying to figure out other things,” Robinson said.

People like Robinson fear the directive will worsen a transgender Texan’s quality of life, even for those with a supportive household.

“It’s making parents scared,” Robinson said. “They’re just trying to do what they think is right for their child.”

“Obviously, as a family, you want your kid to be happy and healthy,” Schlarb said. “If you’re not providing gender-affirming care, then it would hinder that.”

Schlarb worries the state will go after LGBTQ employees like them next.

As an active member of the LGBTQ community, Launius is angered she must endure legal assault directed against people like her.

“The LGBT community needs allies in this fight,” Launius said. “Even though I’m not trans, this is my broader community, so I’m going to show up for my trans siblings.”