OPINION: Stop fake news about the war in Ukraine 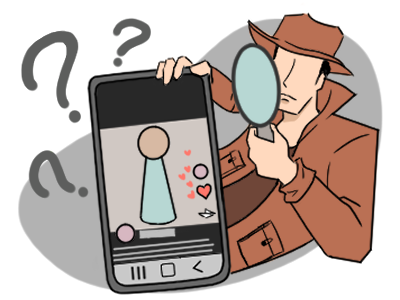 You’ve probably heard of the war in Ukraine by now and come across posts about the conflict on social media.

Platforms are restricting information from Russia because of the propaganda they may share to confuse people. However, since there are other users who will take the opportunity to create misinformation for clout, it is important to fact check all content about the Russia-Ukraine war before you share it with the world.

Before you post, I recommend going to websites such as snopes.com, factcheck.org, reuters.com and apnews.com to check your news. Rather than agree with what you see on social media, leave it to the press to uncover the real news.

The practice of taking audio from other videos and placing it over videos of the Ukraine war has been responsible for creating fake news. For example, a user posted a video of a tank from a video game on TikTok and claimed it was part of the Ukraine war.

This type of deception can confuse people and cause them to change their beliefs and perceptions. It’s the main reason why social media cut off their connections with Russia — so widespread confusion doesn’t happen.

Another user posted an audio clip of 13 Ukrainian soldiers, whom the user claimed were killed by Russian soldiers at their post after refusing to surrender. The user added that they were awarded a medal of honor. In reality, the Ukrainians were captured alive by the Russian soldiers.

Another consequence for posting misleading content is that Ukrainians who see their family members on these sites may believe they were killed or lied to by their government. The people shown in these videos are real people with families, and it isn’t ethical to distort their situations.

In a world where we rely on social media to show us what is happening in the world, it is important to check before you share.

Some of these fake posts can affect lives. We shouldn’t misrepresent people who are fighting in a conflict outside of their control.

If you ever come across a post that you see as far-fetched or exaggerated, it’s a good idea to use the above websites to make sure what you share and post is accurate information. With your help, the cycle of fake news can end.