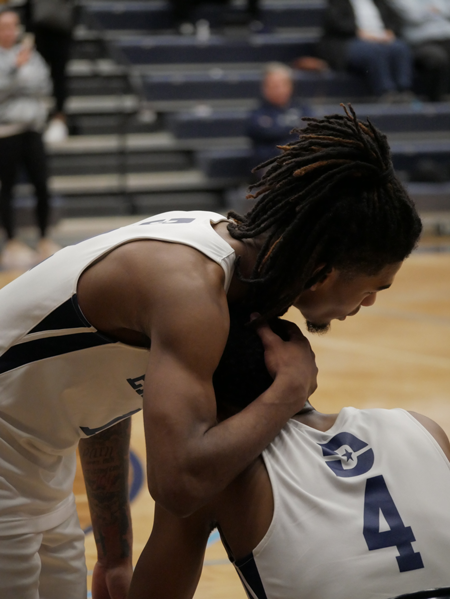 “I think we played together,” forward Adrian Burns said. “We finished strong, gave everything we got. We didn’t finish where we had hoped for, but we played our best and we finished where we finished at. It was a tough journey, but a fun one too.”

In the championship game, the Harvesters briefly led by six points in the first half, but Rock Valley’s defense stepped up, limiting them to 43.5% shooting from the field and 25% from three point range.

“When you have a combination of size and shooting, that always makes you a dangerous opponent,” guard Geontay Davis said. “We like to press teams and play the fast tempo, but when you put size and great shooters against a smaller team, it makes it a lot tougher to play against.”

“I appreciate everyone who battled, even after the adversity we played through,” guard Jamari Robertson said. “I know for me, I could have shot the ball a lot better than what I did, but it’s appreciated that everyone gave 100 percent. That’s all anyone could ask for.”

“This is the fifth time we’ve been in a national tournament in the last 10 years, and it’s always good to see new opponents and see how they play,” Fletcher said. “I think in a recruiting sense, you play these teams and pick up their style of play, learn it and try and use it because we just might play them in the tournament again.”

North Lake’s national title was its fourth overall and first since 2017. Genesee led the Blazers by nine with 12 minutes to go in the game, but the Blazers rallied to send it into overtime.

North Lake freshman guard Gregory Crawford had a strong night with 33 points and nine rebounds in the championship. His average of 22 points and 9.3 rebounds earned him the tournament MVP award.