OPINION: Another Live Nation disaster is in the making 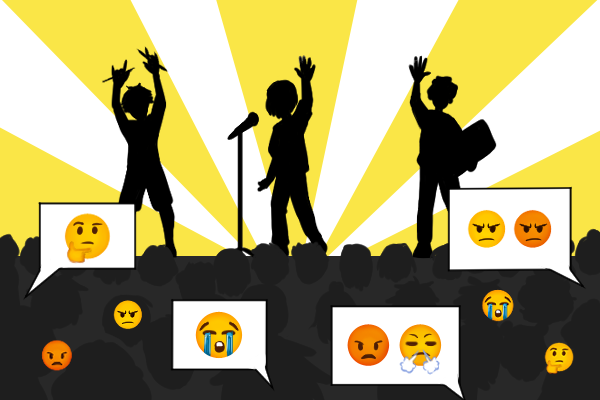 What do a long history of safety violations, 10 dead and 300 injured and a $2 billion lawsuit have in common? Live Nation music festivals. And the entertainment company’s next big event appears to be staying in line with this trend.

If you aren’t on social media, or maybe you just don’t associate with any former emo kids, you may have missed the announcement about a music festival called “When We Were Young.” The lineup looks like a near perfect resurrection of our childhood iPod shuffle playlists.

Sixty-five of some of the most famous pop-punk, hardcore and alternative bands are coming together Oct. 22 for one day of festivities. You read that right. One day. 65 bands. 12 hours to be exact.

How they plan to fit that many artists into such a short time frame sounds like an impossible task.

Rolling Stone magazine reports that there will be 20- or 30-minute sets for most artists, and 45 minutes for the top-billed performers. That might not sound like a bad plan on the surface, but as a well-seasoned festival attendee, I would be happy to explain why these will likely be very unsatisfying shows.

At most festivals, bands play for 45 minutes or roughly seven songs per set. You then have a small intermission while another band sets up, time to use the restroom or maybe stand in line for some refreshments. And you’ll have time to make it back to see the next performer. However, the way “When We Were Young” plans to run their show will effectively eliminate any downtime between bands and limit them to only about 15 minutes of actual play time.

When the organizers announced Oct. 23 and 29 as additional dates I hoped that would solve this problem, but unfortunately the lineup will be identical.

We can finally relive the live music of our adolescence, but only in three songs or less. Don’t have a weak bladder or you might miss the entire thing.

The length of time I get to see some of my favorites on stage isn’t my only concern. I’d like to remind you of the tragic event in Houston last November: Astroworld.

The show, headlined by Travis Scott, took the life of 10 attendees and injured hundreds of others. Live Nation, the company that failed to organize appropriate safety and security accommodations for 50,000 people, is the same company behind this Vegas-based emo fest.

With the pressure of multiple lawsuits being filed against them from victims of their previous show, it only makes sense that they would be selling tickets for $250 plus to a one-day event.

Hopefully, they learned their lesson. Maybe this festival will finally have the security and first-aid stations that a mass of people like this might need.

I would be shocked if a few former punk kids didn’t get a little roughed up in a mosh pit while trying to feel like their younger selves. Live Nation might very well be expecting this too. However, with approximately 200 deaths on their hands since 2006 as well as numerous OSHA citations, according to NPR, it is hard to stay hopeful.

The premise of “When We Were Young” is something I would love to support. The lineup for this festival is the throwback to my childhood I have always dreamed of. Unfortunately, I struggle to overlook the potentially disastrous ending it’s very likely to have.

Instead of handing my money over to a questionable company, who’s putting together an even more questionable event, I’m going to spend those dates in October digging my MP-3 player from 2007 out of the junk drawer and rocking out in the safety of my living room. And I suggest you do too.