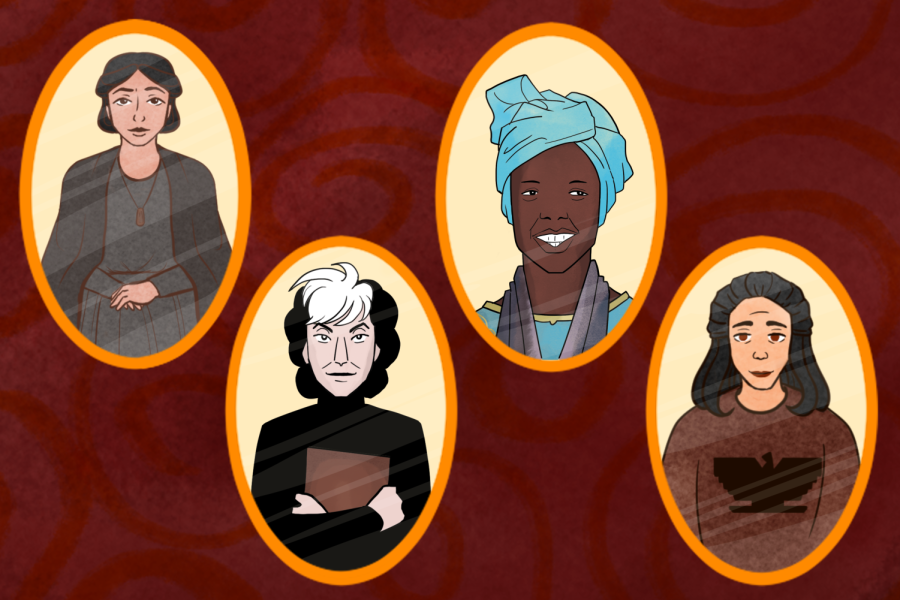 In honor of Women’s History Month, we compiled a collection of accomplished women who helped change the world. Their stories were rarely mentioned in history or taught in school, but their impact is still felt today.

In 1947, Maria Tallchief became the first Native American female to be a prima ballerina. She also became the first American to perform in the Paris Opera Ballet and the Bolshoi Theatre, both world-renowned venues. Her role as the Sugar Plum Fairy in “The Nutcracker” made the performance one of the most famous in the world.

Edmonia Lewis was the first African American and Native American female sculptor. Furthermore, she is the first American sculptor to achieve national and international prominence. She is well known for creating portraits of anti-slavery heroes.

In A.D. 859, Fatima al-Fihri established the al-Qarawiyyin mosque, the first religious institution in Morocco. In 1947, it was renovated to a state university where students learned about religion and science.

Alice Guy-Blaché was one of the first filmmakers to make a narrative fiction film, and the first woman to direct a film. She later became the Gaumont Film Company’s head of production, directing nearly all Gaumont films made until 1905. From 1906 to 1907, she directed about 100 short sound pictures using Gaumont’s Chronophone, which effectively became the first music videos.

The Trưng sisters led the first Vietnamese independence movement with 80,000 predominantly female soldiers, creating a stalemate against Chinese rule. They later conquered 65 citadels and ruled for two years until their defeat in A.D. 43.

Sarojini Naidu fought for civil rights, women’s emancipation, anti-imperialism and India’s independence from British rule. In 1925, she became the first Indian woman to be appointed president of the Indian National Congress. In 1917, she helped establish the Women’s India Association (WIA) and was sent to London to fight for women’s votes in the Joint Select Committee.

On April 26, 1777, Sybil Ludington traveled 40 miles on horseback in the pouring rain at night to announce the British were coming. When she came back home, 400
troops had assembled and were able to force the British to retreat. The battle was later known as the Battle of Ridgefield and her hometown was named Ludingtonville in her honor.

In 1942, Marina Raskova ,the first female navigator in the Soviet Air Force, created an all-women Night Bomber Aviation Regiment. They flew in small wooden planes with no radios, parachutes or armor. While fighting off gunfire and frostbite, they successfully managed to perform over 30,000 bombing raids on the German military. Because of how quiet their planes were, they earned the name the Night Witches.

Rachel Carson’s book “Silent Spring,” published in 1962, exposed the government for polluting streams and harming the environment with man-made chemicals and pesticides. She brought environmental issues to the U.S. public for the first time and launched an environmental movement. She was later awarded the Presidential Medal of Freedom in 1980.

In 1951, Annie Dodge Wauneka became the first woman elected to the Navajo Tribal Council, and she later served as an adviser to the U.S. Surgeon General and the U.S. Public Health Service. She created an English-Navajo medical dictionary and helped the Navajo people access modern medicine.

Mary Anning was a fossil collector, dealer and paleontologist. At 12 years old, she discovered the first ichthyosaurus fossil and later found the first complete fossil of a plesiosaurus and pterodactylus, as well as numerous fossilized feces. Her many Jurassic marine discoveries challenged the way scientists at the time believed the world was developed.

Wangari Maathai was the first East and Central African woman to earn a doctorate degree as well as the first African woman to receive the Nobel Peace Prize. She also created the environmental organization the Green Belt Movement in 1977 in response to reports of rural Kenyan women who had difficulty feeding themselves and their families due to droughts, deforestation and other environmental changes.

Benazir Bhutto was the first female prime minister of Pakistan, serving from 1988-90 and 1993-96. She advocated for healthcare and housing programs, building schools and bringing electricity to the countryside. She also created organizations to protest military dictatorship, corruption and violence.

Madonna Thunder Hawk is a prominent indigenous activist who became one of the first followers of the Red Power Movement. She was involved in the 1969-1971 Occupation of Alcatraz, a 19-month long protest designed to convince the federal government to adopt the Indian Self-Determination Act.

Dolores Huerta advocated for safer working conditions and unemployment and health care benefits for Hispanic migrant farm workers. She also cofounded the Stockton chapter of the Community Service Organization, a grassroots group which fought to end discrimination and improve the economic situation of Hispanics.

Shirley Chisholm became the first Black congresswoman in 1968 and the first Black woman to run for president in 1972. She pushed for domestic worker benefits, advocated for improved access to education and fought for immigrant rights. She also served on the Education and Labor Committee as one of the Black Caucus.

Patsy Mink was the first Asian-American woman and the first woman of color to be elected to U.S. Congress. While serving in the House of Representatives she introduced the Elementary and Secondary Education Act of 1965 to fund schools for poor communities. She also co-authored the Title IX Amendment of the Higher Education Act, which prohibits sex-based discrimination in schools. In 1971 she became the first Asian-American woman to run for president.