Abbott and O’Rourke take the primaries 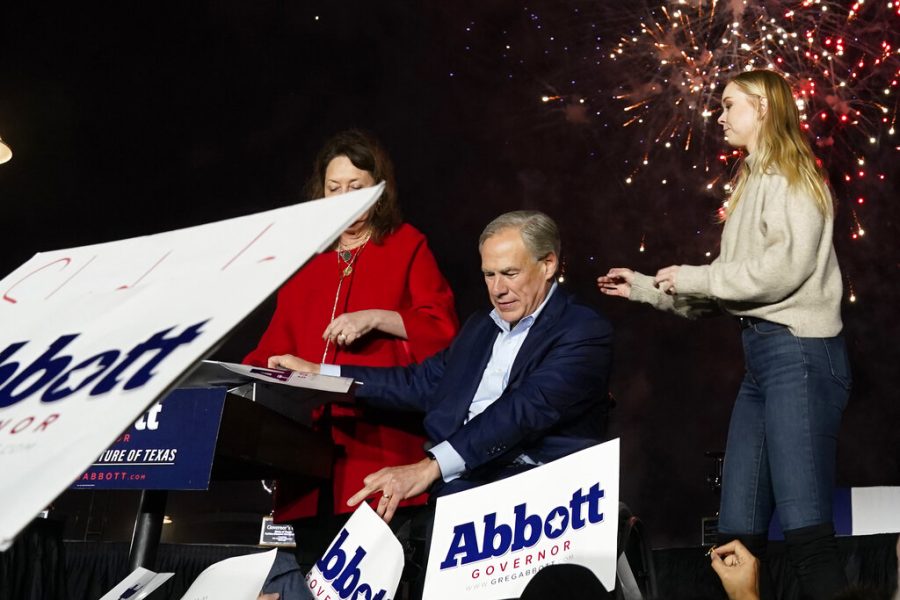 Tonight, Republicans sent a message to keep Texas on the path of opportunity and prosperity,” Abbott said in a victory speech on Twitter. “Together, we’ll secure the future of Texas and protect the individual liberties we all cherish.”

Abbott defeated seven challengers, and O’Rourke three. Prior to the election, polls showed both of them were favored to win.

If O’Rourke wins the general election, he would become the first Democratic Texas governor since 1995.

State Rep. Victoria Neave Criado (D-Dallas) said at a Latina Leaders Unite voting drive at Eastfield on Tuesday that she thinks a lot of voters are upset about the extremism they’ve seen in the Republican Party.

“We’ve heard everything from the grid failures to making sure that our schools are fully funded,” Neave Criado said. “There’s just lots of issues that are driving people to the polls today. … It can be everything from the critical race theory issue that is sort of permeating school board elections to the discrimination and the equality that we’ve been advocating for.”

O’Rourke, a former U.S. representative from El Paso, ran a tight election for senator against Ted Cruz in 2018, losing by only 3 percentage points. O’Rourke was also a 2020 presidential candidate.

Abbott is running for his third term as governor. His Republican opponents criticized his COVID-19 response, saying his mask mandate early in the pandemic was extreme. Abbott’s later ban on mask and vaccine mandates was criticized by Democrats.

“I want someone that’s going to represent us more,” Garcia said. “When we needed someone to stand up for us, it just felt like [Abbott] wasn’t really looking out for us. It seems like he was more looking out for the political.”

Veronica Lopez, a social worker from Dallas, said this is a key issue for her.

“Something that definitely motivated me was seeing Abbott’s recent post against trans youth and their families,” Lopez said. “So that was definitely something that reminded me I need to come out and vote.”

Lopez said immigration is also an important issue for her. Her parents are immigrants, and she frequently has contact with immigrants through her work.

O’Rourke has said he wants to make it easier for immigrants to come legally to the United States.

“We need America to step up and convene the countries of this hemisphere to solve the interconnected crises of failed states, climate catastrophes and the mass movement of people who — through no fault of their own — are unable to stay in their home countries,” O’Rourke said in a Sept. 24, 2021, opinion column in El Paso Matters.

In the attorney general race, incumbent Ken Paxton who was indicted for state securities fraud in 2015, earned 42.8% of the vote, meaning he will face a runoff against either George P. Bush or Eva Guzman.

The results were still too close to call at press time.

The top Democratic candidate, Rochelle Mercedes Garza, earned 44.6% of the vote and will face a runoff against Joe Jaworski at 20.4%.

Incumbent Dan Patrick won the Republican nomination for lieutenant governor with 77.4% of the vote. Mike Collier at 43.3% and Michelle Beckley at 29.5% will face a runoff for the Democratic nomination.

Dallas resident Angela Ragans said there wasn’t a particular issue that motivated her to vote, but she came out because it is an important thing for everyone to do.

“I just believe that every time we do have the opportunity to have our voice heard, then we should definitely get a good candidate that’s going to make sure that they help represent our beliefs,” Ragans said.