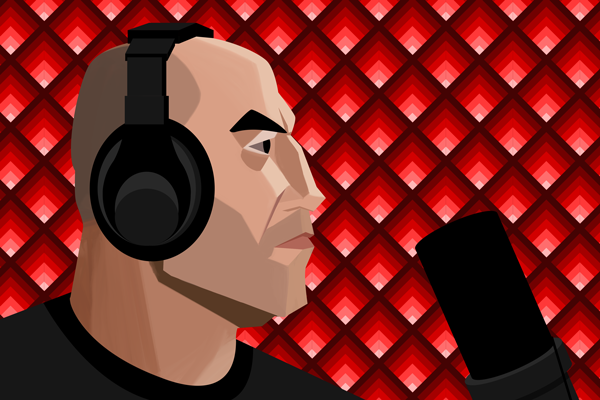 Most of the time, when we follow a YouTube channel or podcast, we’re tuning in for the host. It’s natural for us to try to connect with the people on our screen. Even then, our favorite speakers become less relatable when we’re unable to view them beyond their persona.

Enrichment becomes unavailable when the sense of individualism is lost, and it falls onto us to host celebrities who stay human.

The Joe Rogan Experience is a podcast primed for getting rid of the smoke and mirrors. It’s famous for hosting celebrity speakers in a one-on-one setting; a formula that has earned the top spot among Spotify’s most viewed podcasts.

A simple, conversational space humanizes the guests and makes it easier for viewers to connect with them.

Some of Rogan’s most popular episodes include stubborn progressives like Bernie Sanders and Andrew Yang. Inversely, listeners get to hear from political extremists like Milo Yiannopoulos and Gavin McInnes.

Rogan provides an unchallenged platform and allows anyone to speak in an honest manner. But this can backfire since anyone can take advantage of this space to parrot their talking points.

Recently, Rogan has gotten into hot water for allowing his guests to produce vaccine misinformation and conspiracy rhetoric unchallenged.

It’s become such a problem that Spotify performers are protesting by distancing themselves from the platform.

So has a fraction of his viewership. I’ve been alienated by Rogan’s constant promotion of fringe politics, resulting in the loss of the individualist charm that made his content attractive.

But the original purpose of Rogan’s podcast doesn’t matter to him now that extremists are causing his viewership to multiply.

Any content can have its political opinion, but a podcast infringes on its target audience when an agenda is set for personal gain.

On the contrary, for podcasts that don’t have to worry about sponsors or pleasing certain audiences, it’s easier for the hosts speak in a manner that feels tailored for the viewer.

For an experience that invokes feelings about the vivid nature of our country and its people, This American Life is a thought-provoking examination of North American living.

Even during discussions about fringe politics and biased talking points, TAL never fails to detract from its breakdown of the American experience.

I believe the best and most compelling podcasts tend to refrain from discussing larger-than-life people. Unlike Rogan’s approach with America’s prominent talking heads, I find it easier to relate with stories from the average joe.

With how prone the high-ranking podcasts are to controversy, you’re not alone in your frustration when another favorite celebrity falls into the way of cancel culture.

In fact, it’s worth questioning the intentions behind controversial statements for how it can inflate viewer numbers.

But that shouldn’t be our focus when the takeaway is how easy it is for celebrities to make headlines.

As more people begin to voice themselves on the internet, that lends itself to more opportunities to hear someone else’s life story.

Spotify hosts 3.2 million podcasts and JRE is one – there’s numerous, better podcasts out there who speak to individuals without alienating their audience for political gain. All we must do is scrape the bottom of the barrel.