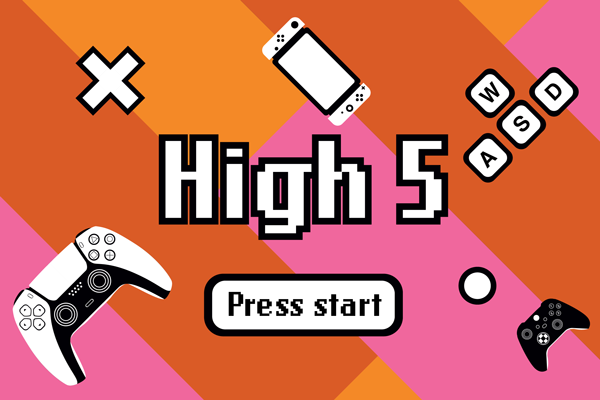 It seems like more video games are coming out in February 2022 than in all last year. Here is a roundup of five of my must-play games for this month.

“Dying Light 2” is the long-waited sequel to the “Dying Light,” released by Techland in 2015. This franchise stands out for removing firearms in favor of melee combat.

Unlike other zombie games where you are just standing and shooting, this game keeps you active. You can jump off skyscrapers or scale buildings to access a roof across the street, all while feeling very smooth and tight.

“Dying Light 2” also features zip lines, parachuting and grappling hooks to help you explore the game’s world. As you keep moving, you can level up your skills to unlock advanced parkour and fighting techniques.

Techland claims the main story can be completed in 20 hours, but it could take over 500 hours for completionists who want to resolve everything in the game.

“Lost Ark” was released in South Korea in 2019 and has become one of the nation’s highest-grossing games. Now the western hemisphere gets to play this critically acclaimed roleplaying game for free.

“Lost Ark” has a diverse selection of classes, each favoring different playstyles designed to take out enemy hordes.  The number of enemies on screen at a time is very surprising, which made it amazing to wipe them all off the map with a press of a button.

Unlike other games of this type, “Lost Ark” features a massive multiplayer environment, so you can run quests with friends and strangers. The gameplay is optimized to give you an amazing experience exploring “Lost Ark’s” world and collecting new loot for your character.

“Forbidden West” is the highly anticipated sequel to “Zero Dawn,” which came out in 2017 for PlayStation 4 and 2020 for PC.  This game uses the power of the PlayStation 5 to its full potential. The graphics and attention to detail makes the visuals lifelike and they are complemented by realistic lighting.

You play the character of Aloy, one of the few remaining humans on earth.  Rogue robots have wiped out the population and it’s your role to fight them off.

“Forbidden West” has you search for a solution to the mechanical crisis in the western U.S. and features familiar but decaying landmarks. Improved land and water exploration mechanics will help you travel the game’s gallery of natural locales.

One thing which made “Zero Dawn” unique was your character’s ability to slow time and wield unique weapons, which is expanded upon in the sequel. I’m very excited to see what happens in this story since “Zero Dawn’s” ending was very satisfying.

“Martha Is Dead,” from indie developer LKA, is shaping up to be a bone-chilling horror game.  It has garnered attention for gruesome experiences, which the developer had to censor for release on PlayStation.

Set up in Tuscany during 1944, this first-person thriller is fully voiced in the Italian language. The game’s mysterious previews, as well as the press for its portrayal of an extremely traumatic story line, have made me curious to try this game.

LKA has spent years creating an authentic experience with its impressive score, scenery and lighting. I am not a big fan of horror, but I can’t wait to check out this macabre story.

“Elden Ring” is shaping up to be one of the biggest games of 2022. The story is primarily written by George R. R. Martin, the writer of the novels that were adapted for the “Game of Thrones” series.

Unlike the notoriously difficult games previously developed by From Software, “Elden Ring” is touted as their most accessible title. It supposedly will ease you into the story while teaching you how to build up your character.

One of the coolest features of this game is the ability to adventure in any direction, fighting all sorts of monsters that inhabit this world.  Like many gamers, I cannot wait for “Elden Ring” to release.