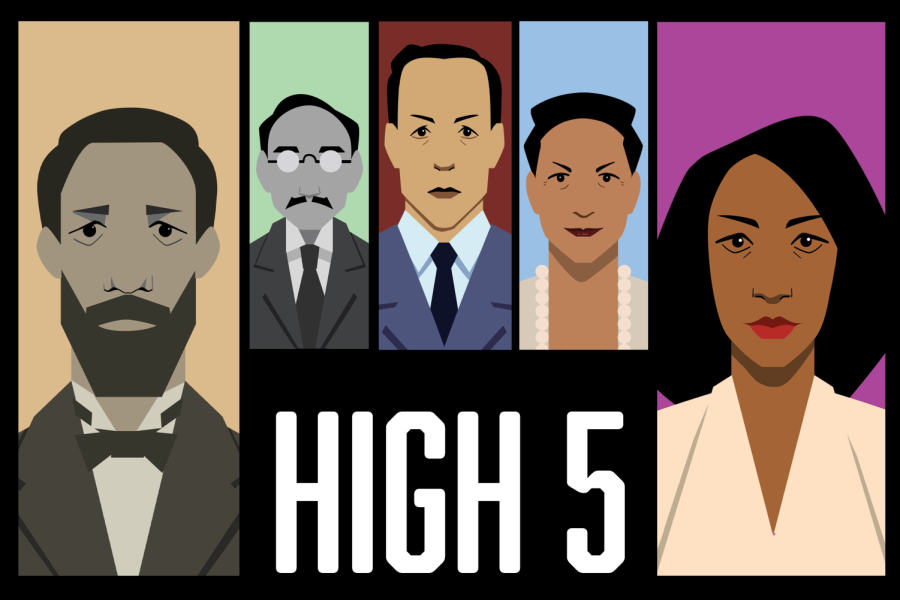 As the name implies, Black History Month honors the influence African Americans had over world history. The creation of modern medicine is no exception, especially when COVID-19 reminds us how much medicine has evolved. We owe many of today’s medical marvels to African Americans striving to improve healthcare standards for all.

History overlooked these people, but this doesn’t nullify their impact. This list chronicles five African Americans and their respective medical breakthroughs.

Onesimus was a West African slave gifted to minister Cotton Mather in 1706. Thanks to Mather giving him an education, Onesimus was among the few literate slaves in the American colonies.

In 1716, a conversation with Mather prompted Onesimus to recall undergoing smallpox inoculation in Africa. Mather used his standing in the Royal Society of London to advocate for his slave’s inoculation technique. Onesimus’ scars proved undergoing immunization, but his testimony received near-unanimous skepticism from colonial doctors for its African origin.

Regardless, a local doctor tested Onesimus’ inoculation method when Boston experienced a smallpox epidemic in 1721. Out of the 287 inoculated patients, only six died.

This treatment eliminated later outbreaks and witnessed widespread use during the Revolutionary War.

Onesimus is widely credited for establishing the foundation for modern immunization.

Solomon Fuller was a Liberian immigrant who took interest in his grandparents’ work as medical missionaries. In 1897, Fuller completed his medical degree at the Boston School of Medicine.

Fuller started his career at the Westboro Insane Hospital as a practicing neuropathologist. As a result of Fuller’s research, Dr. Alios Alzheimer invited him to Germany for a partnership in studying degenerative brain disorders. Together they led the discovery and research for Alzheimer’s Disease. Fuller is responsible for translating his partner’s work into English.

In 1905, Fuller returned to work at the Westboro Insane Hospital and identified numerous causes for Alzheimer’s Disease.

On top of being credited as a leading researcher for Alzheimer’s Disease, Fuller pioneered research for depression and schizophrenia.

Born in 1904, Charles Drew worked hard to stay on top of his education. He graduated second in his class from McGill University with a Doctor of Medicine and Master of Surgery.

Drew’s post-graduate career involved working with doctors trying to perfect the blood transfusion process. At the time, hospitals could only store blood for a week.

In 1940, after two years of research, Drew compiled a thesis on blood banking and proposed using blood plasma as an alternative to whole blood in transfusions. His ideas were successfully adopted on a national scale.

Among numerous efforts to support Great Britain during World War II, the U.S. launched the Blood for Britain campaign and appointed Drew as the project’s director. His oversight helped relieve the overwhelming demand for blood needed for war victims.

After the war, Drew organized mobile blood banks for the American Red Cross but resigned when officials planned to separate stored blood by ethnicity.

Drew is credited as the “father of blood banking.”

Jane Wright came from a family with generational medical achievement. Her father and other relatives were among the first African American graduates from their respective medical schools.

Wright initially pursued a degree in art but later transferred to New York Medical College and graduated at the top of her class with a degree in medicine. In 1949, she joined the Harlem Cancer Research Center and became its director in 1952.

In 1955, Wright was appointed as the Director of Cancer Research at Bellevue Medical Center. Her division prototyped various anti-tumor drugs that effectively combated numerous types of leukemia and various other cancers.

In a profession with non-diverse demographics, Wright is credited as a leading contributor to cancer research and treatment.

Patricia Bath’s parents told her to “never settle for less than [her] best” throughout her childhood. Her parents encouraged intellectual pursuits and even purchased a chemistry set for their daughter.

In 1960, at 18 years of age, she received the National Science Foundation scholarship for her research on cancer structure and growth. Her academic achievement earned her an invitation to the Howard University College of Medicine.

After graduating in 1968, Bath began practicing optometry at the Harlem Hospital Center. She performed research on numerous blind patients.

The hospital didn’t staff ophthalmologists and its leadership opposed conducting eye-related operations, but Bath’s research swayed her superiors into allowing her to operate on blind patients. In 1969,  she performed the hospital’s first eye surgery.

Continued work in optometry led her to form the American Institute for the Prevention of Blindness, a humanitarian aid organization.