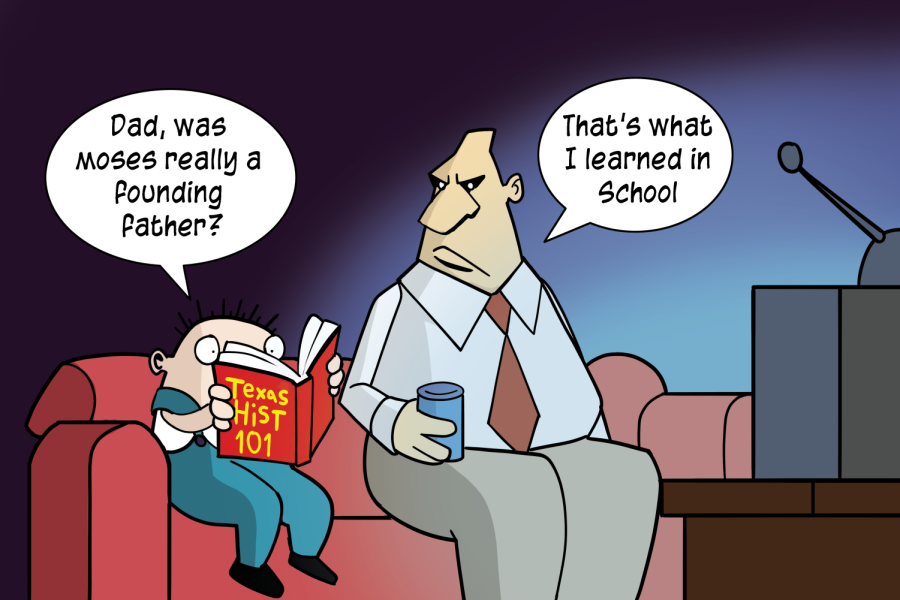 In the short period of time since the passage of House Bill 3979, or the “critical race theory law,” we’ve noticed some outright, blatant and unapologetic hypocrisy and foolishness on the part of Texas school administrators and politicians.

During the month of October alone, a fourth-grade teacher was reprimanded in Southlake for simply having an anti-racist book in her classroom, the Katy Independent School District removed and later reinstated a book after false claims from parents that it promoted critical race theory and a Carroll ISD administrator even went so far as to suggest that teachers should provide material that offers an “opposing” view of the Holocaust.

State Rep. Matt Krause, a candidate for state attorney general, has now launched an official investigation into Texas school districts over the type of books they have. Especially books concerning race or sexuality.

We wonder why lawmakers are suddenly concerned about what books Texas students are being exposed to. After all, Texas is no stranger to the concept of whitewashing history.

Politicians throughout the state have been tweaking textbooks for years and as Texas is one of the largest purchasers of textbooks, publishers are inclined to acquiesce to the Lone Star State’s erroneous demands and apply them to students all over the country.

Students have read about such fallacies as Moses influencing the U.S. Constitution and how the slave trade brought millions of “workers” to the United States. Biased opinions about prayer in schools and the separation of church and state have been sprinkled throughout what are supposed to be fact-based publications.

They’ve even gone so far as to imply segregation wasn’t so bad, stating only “sometimes” Black schools would be “lower in quality.” In 2011, the Thomas B. Fordham Institute, a conservative organization that focuses on education, called the state’s approach to American history “politicized
distortion” with “misrepresentations at every turn.”

Well, some things just don’t change, do they? Where administrators used to try and skew historical facts to fit a conservative narrative, now they’re
blatantly trying to change or completely remove those facts altogether.

Do we really want the same people who are willing to entertain an “opposing” view of the Holocaust to decide the information we have access to as students? How can students think critically for themselves if they don’t have a true understanding of history?

We’ll make our statement as concise as possible. Stay away from our books.