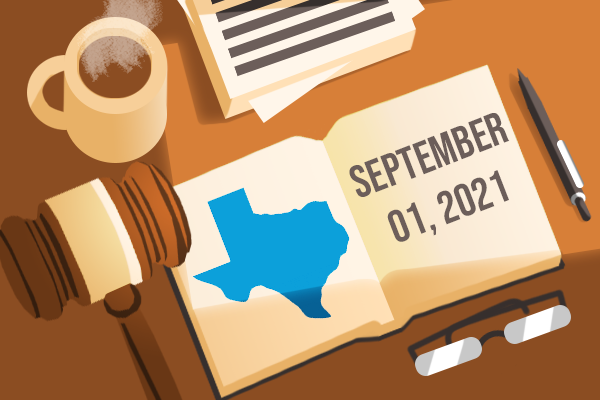 Fetal heartbeat bill
The fetal heartbeat law is a major abortion restriction that bans the termination of any pregnancy once a fetal heartbeat can be detected.  This takes roughly 6 weeks and is usually before many women know they’re pregnant.  Up to 90% of all abortion procedures in Texas occur after 6 weeks of pregnancy. There is no exemption for instances of rape or incest.

The law also allows for private citizens, who do not need to live in Texas, to file a civil suit of up to $10,000 plus legal fees against anyone associated with an abortion except for the patient themselves. Doctors, clinic staff and even Uber drivers that bring a patient to an abortion clinic can all be sued under the new law. Winning defendants are not entitled to compensation of legal fees.

Yvonne Garcia, who works at the Eastfield campus bookstore, believes that once a heartbeat is present, then the situation is comparable to “pulling the plug” on someone who is on life support.  She doesn’t think it’s a decision to be taken lightly, but she also believes a woman should have the ultimate choice about what to do with her own body.

“I would still say that it’s the mother’s decision and once they take that decision, you don’t go back from that,” she said.

Some people believe this to be a moral decision, but also a decision that takes rights away from the mother.  Jack Huhner, an education major, said he’s always been against abortion but that the new laws could potentially be harmful for women that seek other alternatives.

“If you get somebody pregnant, that’s on you,” Huhner said. “But at the same time, who are we to take these choices away?”

Abortion trigger law
The trigger law, or House Bill 1280, would automatically and completely ban all abortions in Texas within 30 days if the U.S. Supreme Court reverses Roe v. Wade at any time in the future.

Constitutional carry
The constitutional carry law allows any Texas resident 21 years of age or older to legally carry a firearm without a permit or any formal training.  The law does not apply to anyone with specific criminal records, but anyone that can legally buy a gun can now openly carry a firearm in public.  Texas does not have a mandatory firearm registration system.

The lack of regulation has some people concerned. Garcia said she thinks the new law is dangerous.

“I own a firearm myself, but I just keep it at home,” she said. “I don’t think it’s really necessary to bring it into any buildings. That’s why you have security.”
Samuel Ochero, a student in the robotics program, said the new law doesn’t make him feel any safer as an immigrant in the United States.

“Somebody may be drunk and they find you walking on the street, they may just shoot you,” he said.  “I have a friend who likes walking from [Eastfield] to the hotel where we stay.  When he was walking…someone confronted him saying, ‘where are you from?  Show me your ID.’  He had a gun. … I was scared [it could happen to me].”

Voting
Senate Bill 1 is the bill that led to a weeks-long standstill in the Texas Senate after state Democrats delayed its passage due to concerns of voter restriction.  The bill eliminates drive-thru and 24-hour voting, a lifeline for some people during the 2020 pandemic.  And the bill also sets new rules for voting by mail and rolls back local initiatives meant to make voting easier.  The bill also sets new hours for early voting and will go into effect before the 2022 primary elections.

Vaccine passports
Senate Bill 968 prohibits Texas businesses from requiring customers to show proof of vaccination. Businesses that do not comply could lose their licensing, permits or state contracts as a result.

Teachers and critical race theory
House Bill 3979 limits how teachers can discuss historical and current events. Discussions of critical race theory in the classroom are banned by the new law.  The law also bans students from getting credit or extra credit for participating in civic activities like political activism.

Power grid reforms
Power companies will be required to pay for weatherizing their own facilities in response to the winter storm in February that resulted in rolling blackouts throughout the state. Companies will also be responsible for creating an emergency alert system to notify Texans of potential power outages.  The new law also changed the way the Electric Reliability Council of Texas board will be structured.  Politicians will now appoint the majority of ERCOT members.

Medical marijuana
Texas has expanded its low-THC medical marijuana program to include cancer patients of all stages, people with PTSD, and research participants. Texas state law has allowed for low-dose marijuana since 2019.  Low dose was previously defined as 0.5% TCH and has been raised to 1% but can only be taken orally. Inhaled cannabis is still illegal in all cases according to Texas law.

Alcohol
House Bill 1518 updates the Texas Alcoholic Beverage Code commonly referred to as Texas blue law. State residents are now able to buy beer and wine on Sundays from midnight to 10 a.m. but liquor sales are still prohibited on Sundays.  Also, the alcohol-to-go bill, enacted during the pandemic, is now a permanent fixture allowing beer, wine, and cocktails to be included in delivery and pick-up food orders.

Homelessness
House Bill 1925 completely bans homeless encampments throughout the state. This law makes camping in unapproved public places a misdemeanor with a $500 fine.

Police
House Bill 929, or the Botham Jean Act, requires Texas police officers to keep their body cams on during all active investigations.  Previously they were not required to turn them on during non-confrontational encounters.

Sex crimes
House Bill 1540 changes prostitution between two adults from a misdemeanor to a felony. Texas is the first state in the country to do this. The new law also broadens the definition of human trafficking to include those who recruit victims.

Protesters
House Bill 9 raised the offense of protesters blocking roads, freeways, emergency vehicles or hospital entrances from a misdemeanor to a state jail felony. Offenders could face up to two years in prison.