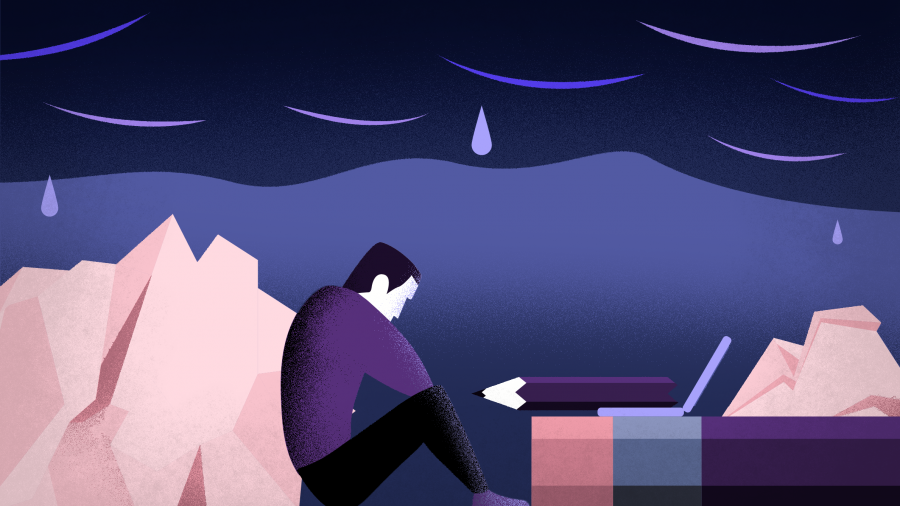 We don’t often hear about the struggles of the people that make this publication, and we often don’t try to advertise them either. But lately, this editor hasn’t been coping well.

Aside from the obvious stresses of being alive this past year or so, I’ve lost something very precious to me. And that’s wreaked more havoc on my world than any virus ever could.

I feel as if my words have lost all meaning and impact without this precious thing.

How can I explain beauty when I can’t see it anymore?

I believe every writer wants to be able to convey a certain feeling to anyone who reads their work, no matter their background or belief.

We want to inspire passion. Whether it’s anger, joy, frustration, sadness: damn it, we want tears on the page!

We want, I want, to make someone else feel a slight fraction of my emotions.

I want a reader to feel my happiness, but a crueler part of me also finds comfort in making a reader feel my pain…

But what is a would-be writer to do when they can’t comprehend, let alone explain, the emotions they’re feeling? What good is a writer when they can’t put their feelings into words?

Therein lies my dilemma. Without this thing, for perhaps the first time in my life, I’m truly out of meaningful words.

I’m struggling, and Lord knows I’m breaking all the rules.

The proof is laced throughout this piece. I’m sure any editor reading this has already cringed half a dozen times.

I’ve used the forbidden Oxford comma, ellipses, and the dreaded italics. For God’s sake! I’ve officially wasted two out of the three exclamation points a journalist is afforded throughout their entire career!

Whoops, make that all three.

So, if a writer is blocked and they find themselves breaking the rules, should they not be encouraged to just roll with it?

I’m going to do it anyways.

And since I’ve already established a pattern, I might as well break one more rule while I’m at it.

Writers, especially columnists, often adhere to the standard that a piece should not be solely about addressing a problem; a column also requires a “call to action.”

To put it simply, we can’t just complain about a problem, we have to offer a potential solution.

Well, my friends, I have no solution for loss.

She was the woman that raised me.

She kept my hands warm during the winter days of my early childhood.

She was the woman that inspired me.

She was the most beautiful person I’ve ever had the privilege to lay eyes upon, and I’ll never have the words to eloquently describe her.

I have no words. Only explanations for my lack of them.

So, here’s my only advice. When your words have lost all meaning. Maybe, if the situation is right, we can find a little relief … in simply breaking a few rules.

— Jordan Lackey is opinion editor and a journalism major