Soccer team looks ahead to fall 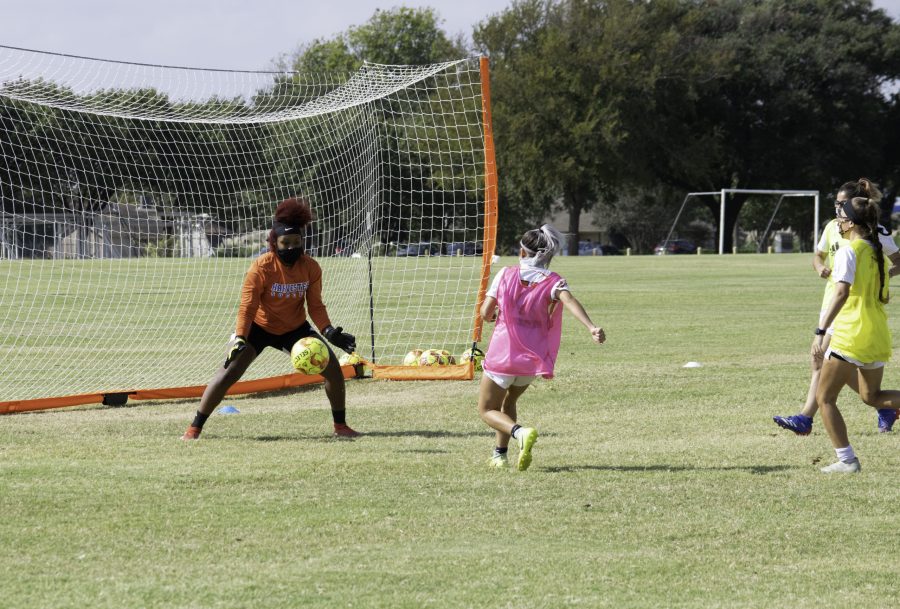 The Harvesters spring soccer season was canceled due to lack of players, but instead of quitting they are already preparing for next season.

The Harvesters only had eight players at the beginning of the spring season. Their fall 2020 season was canceled by the National Junior College Athletic Association because of COVID-19. Some team members didn’t think there was going to be a spring season, so they made the decision to go elsewhere.

“A few players transferred out to other schools,” Coach Paul Tate said. “Other schools still played their seasons. It is what it is, but we’re moving forward. … Being a junior college, it’s a revolving door. You’re always recruiting.”

Tate said this is the first time in his 15 years of coaching that he has had a season canceled for any reason.

In early fall the team was able to go out for four or five weeks of training. Then they got shut down due to COVID-19 and again during the winter storm in February. Tate said this made it hard to go back to campus.

“We were all thrown for a loop together,” he said. “The girls that are still here have stuck it out with me and said, ‘We are with you, Coach.’ They will re-sign and are really excited to move on and move forward.”

Tate said he is committed to recruiting enough players for the [fall] 2021 season. He has been hitting the road looking for talent, as well as asking faculty to share a flyer with their students about the team’s requirements to join.

Four players have signed to play next season, and Tate said he plans to bring in another 10 or more to complete the roster.

Tate said the freshmen on this year’s team will not lose a year of their eligibility. This means everyone on the team next season will technically be classified as a freshman in terms of eligibility. This will give them three more years of college eligibility and allow them to go on to a four-year university and play there.

Anthony Fletcher, Eastfield’s athletic director, said he has kept himself optimistic that the Harvesters will be competitive again next season.

“We’ll build a team for next year,” Fletcher said. “[I’m] excited for next year and I think the recruiting philosophy will be a bit different.”

Tate said practicing for next season has helped the players keep their dream of playing soccer alive.

“Moving on to the fall, we’re trying to not look at the negatives,” Tate said. “The players don’t dwell on it. We’re all in it together, and the eight girls … plus the other four [we signed] are excited to be a part in the open campus full-time.”

Spring sports are a go