OPINION: Personal data should not be sold 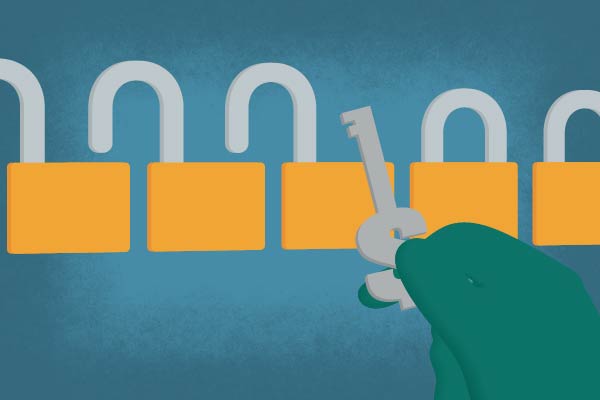 How would you respond if a stranger walked into your house and proceeded to write down your address, phone numbers, social security number, blood type and school records, then sold them to the highest bidder? Most people wouldn’t allow it.

Well, what if I told you that’s already happening, and you likely told the people responsible they could do it? As social media usage has increased, especially among young people, we’ve seen a digital gold rush of information that companies desperately want to get a hold of to market their services.

But how much of this data should be allowed to be collected by government and private companies, and what steps should be taken to right any wrongs when the data is used in nefarious ways?

Like many people, I used to check the boxes of the terms of service for every app or website I used, signing away my data just for the ability to use a service with my colleagues.

Without consenting to data collection, you and I are not allowed to send a friend a message on the cell phone we purchased without allowing the carrier to save and collect some of that data.

Things like online banking and cell phone plans are modern-day essentials for anyone wishing to stay economically and socially advanced.

This collection of data has been magnified by our current COVID-19 situation, which has forced many adults and minors into using services like Zoom for work and school. Zoom was caught selling the data of adults and minors to Facebook, a company that’s been at the forefront of data breaches.

Why should these private companies and institutions be allowed to collect and distribute other people’s information for profit or any other purpose? What other sectors of business or life allow an individual to sell a property that does not intrinsically belong to them, and how can a company be allowed to restrict services because you don’t allow them access to monitor your internet traffic so they can sell you things?

My own personal experience with a data breach in my high school shows how quickly things can go bad.

At 15 years old, most of my private information was either stolen from or sold by a government information database. Once acquired, certain individuals then used that data to extort thousands of dollars from my grandfather. They used my private information to convince him I was being held against my will, and he was going to have to pay them to get me back.

Suffering from dementia, he did as he was instructed, and when I was not released to him, he called me for the dozenth time that day. I finally answered as my phone had been off for the school day, per their policy.

I called my parents and informed them of what had happened, and they called the police.

Since I had not been allowed to have a social media web service or cell phone plan, it was determined I had not been the cause of the data leak. It was likely the school or a hospital. Some of the specific data they revealed led investigators to believe the leak occurred from the school.

While a very rare and anecdotal experience, it shows how data can be siphoned from places you’d never expect to be compromised. Worst of all, it creates victims who can’t find retribution or hold the parties responsible for negligence or ill will. In my situation, the school was protected by the documents my parents had signed at the beginning of the school year so I could get an education.

The onus is on you to protect yourself and your data when online.

Unfortunately, when it comes to data collection, there’s not much an individual who wants to be part of a technological society can do to combat it. But there are ways to mitigate your exposure with things like virtual private networks and other ISP routing services, which can hide your data or mask your IPs location.

Social media isn’t the only threat to data, just the largest and most prevalent.

It can also come in the form of an app you download to buy a burrito from Chipotle for a discount. Every bit of exposure puts you more at risk.

The best thing you can do to protect yourself from data theft is to start reading those terms and conditions and refusing to accept when you feel your rights to privacy are being violated. It could mean losing your social media presence or access to luxury services , but our rights to safety and privacy are undoubtedly more important.

—Blake Strickland is a  film and television production major and a contributor.