The Et Cetera • May 8, 2013 • https://eastfieldnews.com/217/news/keys-to-the-future-retiring-chancellor-passes-wisdom-on-to-students/

Keys to the future: Retiring chancellor passes wisdom on to students 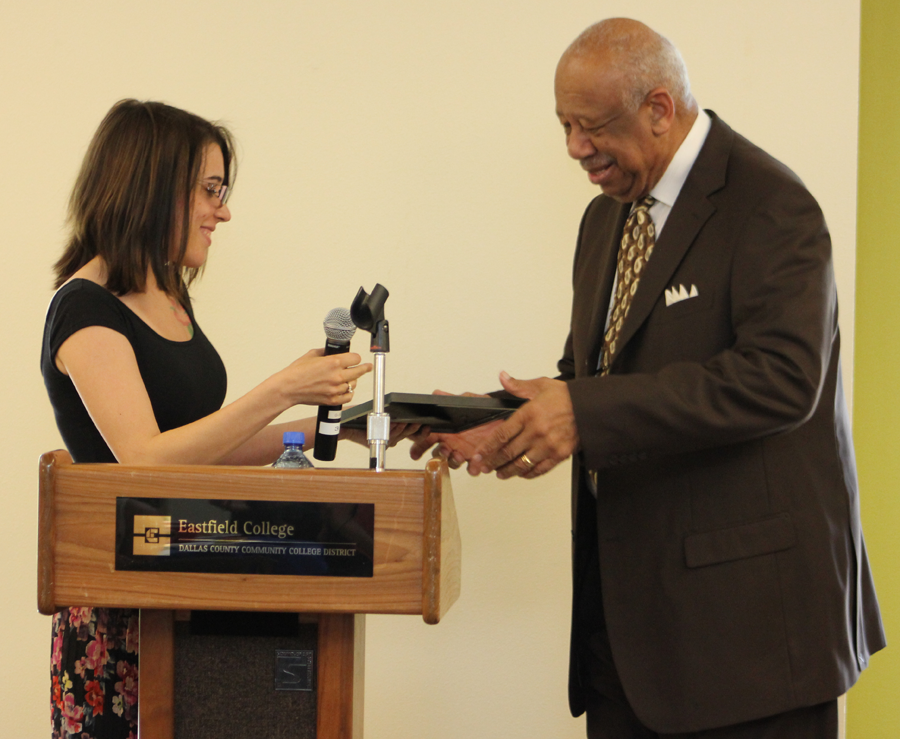 Dr. Wright Lassiter receives a lifetime achievement award from Allison Johnson of the Communications Club. He spoke to the club about the importance of communication skills.