Editorial: Trump's time is up; vote for Biden to kick him out 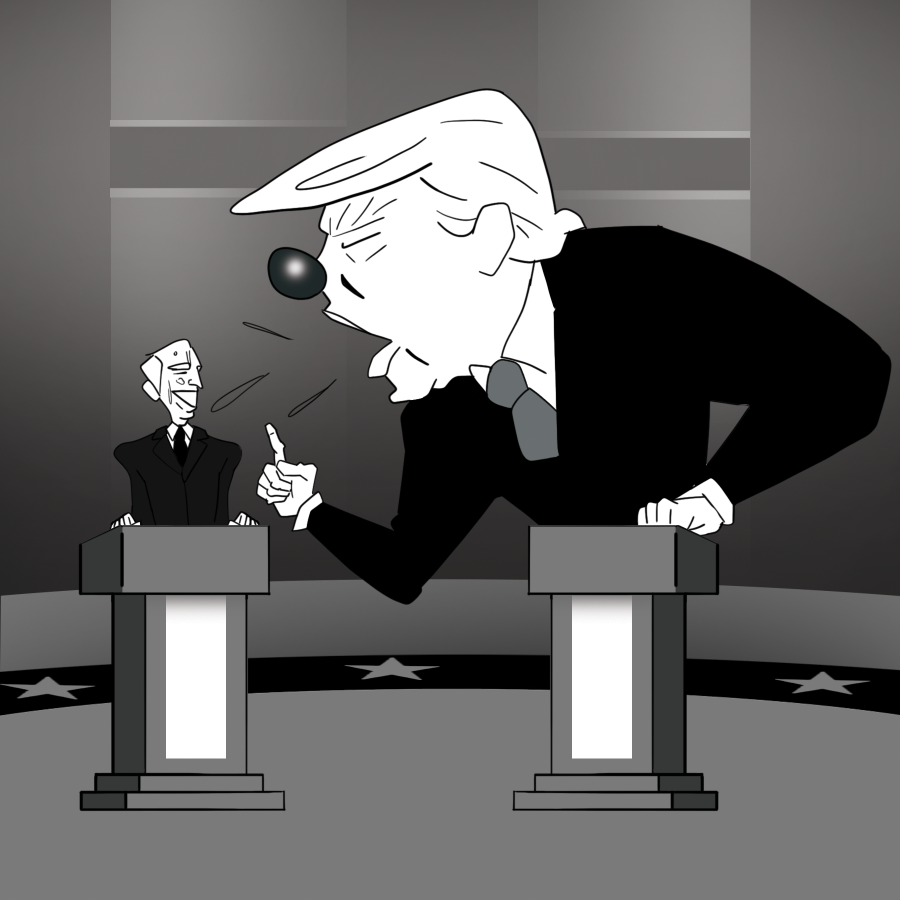 Illustration by The Et Cetera

Due to his progressive policies on immigration, higher education and LGBTQ equality we believe former Vice President, Joe Biden, is the best candidate to lead the country.

Whereas Biden was not our first choice, we feel that he is the best option when compared to a man who clearly doesn’t have the American people’s best interest at heart.

Donald Trump has done almost everything a president shouldn’t do, including racist travel bans, derogatory statements about immigrants, climate change denial, an endless barrage of Russian brownnosing and encouraging scientific misinformation with recommendations of bleach injections while turning a mask into a political statement

We refuse, in good conscience, to stand behind a so-called “leader” who has spent the past three years pandering to the wealthy and licking the metaphorical boot heel of his base following.

This base, when established in 2015 could have originally been seen as victims of fear-mongering and misinformation. Now, toward the end of Trump’s embarrassing first term, it is plain to see that their ignorance is willful and that their fear has turned to hate. We simply cannot condone this.

It’s important to make clear that not all Trump supporters are bigots, but the case has definitely been established that racism from the presidency is not a deal-breaker either, and complicit silence makes them just as guilty as any tiki-torch waving neo-Nazi in Charlottesville ever was.

When asked to condemn white supremacy during Tuesday’s presidential debate, Trump was given an opportunity to admonish his statements of calling far-right fanatics “very fine people.”

Instead, he refused to condemn what he surely understands is a percentage of his base supporters and told organizations like the Proud Boys to simply “stand by.”

In a political climate such as this, with divisiveness and vitriol at every turn along the way, we feel a leader should fight to keep the country together, not work diligently to rip it apart.

Instead of calling for unity, Trump did the only thing he knows how to do: attack the other side. He claimed that ideologies like Antifa and the Black Lives Matter movement are the real terrorist organizations in this county.

We choose to endorse Biden because he believes in equality where President Trump does not. Where Trump has been unable to form a cohesive plan on any issues relating to LGBTQ rights or higher education reform, Biden has at least been able to lay out a clear and concise plan.

The only thing we’re certain of as it pertains to Trump’s policies, is the evidence we have in his actions. Actions like, attacking same-sex marriage, demonizing immigrants, hypocritical Supreme Court nominations and even exposing Secret Service members to COVID-19 for the sake of political theater.

These statements and actions are not only ignorant and misinformed, but they’re also dangerous because they normalize bigotry and perpetuate the ever-growing divide in this country. We feel this is simply irresponsible.

Rhetoric like this only reinforces a recent statement given from Biden on the night of the debate.

“You’re the worst president America has ever had,” he said.

We urge every citizen to fulfill their patriotic duty and vote Trump out of office.