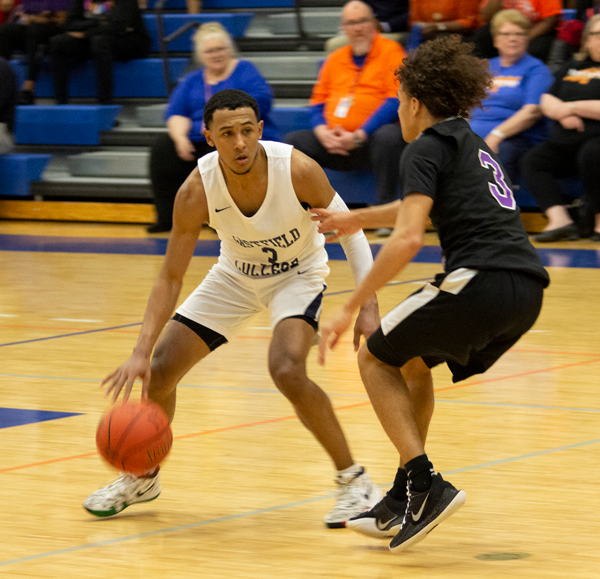 Sophomore Calvin Williams says he’s worried about how the team will play after being separated for so long. Photo by Skye Seipp/The Et Cetera

Eastfield basketball redshirt sophomore Myles Brown sat out all of last year recovering from knee surgery. Now he will have to wait even longer to make his debut.

“I’m not too happy about the
push-back, but I understand it, and I respect it,” Brown said. “I was more
relaxed about the fact they pushed it back rather than cancelling it because I
didn’t want to miss another year.”

Fortunately for Brown and other
collegiate athletes, the NJCAA will not take away any of their years of
eligibility for this season.

When the country went on lockdown nearly six months ago after the breakout of the coronavirus, sports were canceled. No one knew for sure when or if they would return. Now sports are slowly coming back, however many uncertainties remain, especially at the collegiate level.

While the NBA and the NHL have had successful returns so far, the National Collegiate Athletic Association and other collegiate leagues have not been able to fully determine what sports will be played and when. Some athletic conferences, like the Big Ten and the Pac-12, cancelled their fall football seasons while others plan to play.

While the decisions being made may
be in the best interest of everyone’s health and safety, it can still be
discouraging for players and coaches who are ready to get back to what they
love to do most.

Sophomore Calvin Williams is worried
about how the team is going to shape up this season. There are a lot of new
players, and everyone is still stuck at home while the campus remains closed.

“I don’t think we’re going to fully
know each other,” Williams said. “I don’t think our chemistry is going to be
that good. It’s really a whole new team. It’s only like me and two other people
that came back.”

Head basketball coach and athletic
director Anthony Fletcher said details are still being worked out as to when
coaches and players will be able to return to campus.

Williams, Brown and other Eastfield
players have been working out from home and going to the gym to stay in
shape for when the season finally starts. The Harvesters are scheduled to begin
in January.

Fletcher agrees with the decision to
delay the season and just wants everyone to stay safe and healthy.

“I think it’s smart to kind of let
some other people go out and do something and sit and see what they did well
and what they didn’t do well,” Fletcher said. “There shouldn’t be a rush on
it.”

The Eastfield volleyball season
should have started August 21, but like basketball, it also had its season
pushed back. Though disappointed, head coach Brandon Crisp knows the decision
was made in the best interest of the players and coaches’ health. He is just
excited for when he and the girls are able to get back on the court.

“We don’t want anybody getting sick from this, Crisp said. “I think it’s best that we do what [the NJCAA] wants us to do and be safe. We love volleyball, but after all, it is just a sport, and I think the health and safety of all of our athletes is much more important.”