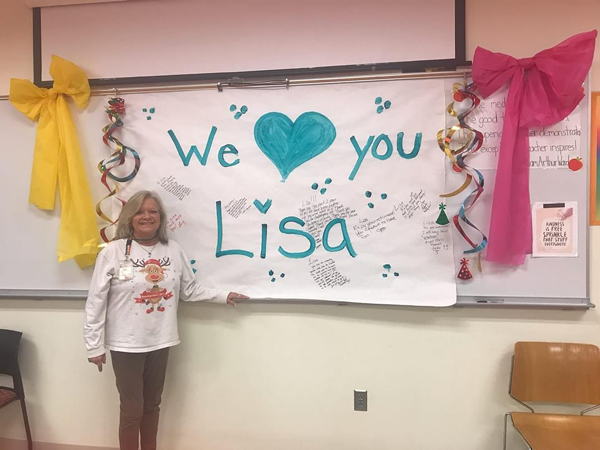 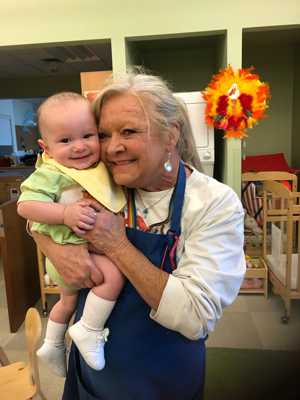 Lisa Hicks, a longtime child-care specialist at Eastfield’s former Children’s Laboratory School, will be remembered for her vibrant personality, service to others and love for the children in her care. Hicks died on June 12 of heart failure. She was 60 years old.

Hicks, known as Miss Lisa to parents and little ones alike, worked in the infant room with children ranging from 3-18 months. She retired in December after nearly 25 years.

Many Eastfield employees whose children attended the Laboratory School remember Hicks as their children’s first teacher.

Hicks cared for both daughters of Dusty Thomas, program coordinator for the drama department. Thomas said her girls “adored Miss Lisa,” and Thomas appreciated the input Hicks gave her about her daughters’ development and when to start them on solid food.

“When you’re a new mom … you have a lot of questions and concerns,” Thomas said. “Lisa would always talk to me. It was motherly advice about things, and I loved that.”

Even after Thomas’ daughters graduated out of the infant room, they would stop and say good morning to Hicks on the way to their new classroom.

English professor Katawna Caldwell-Warren’s daughter Kensley started in the infant room when she was 5 months old. Hicks was watching her on the playground when she took her first steps. Hicks recorded the event and immediately sent the video to Caldwell-Warren.

“It’s like a family,” Caldwell-Warren said. “For most working parents, you’re going to miss [out] on some things, but there you just felt like you were a part of it.”

In a Facebook tribute, Hicks’ daughter Shannon Rodriguez said her mother was a beautiful person who could always make her laugh and who always had her back.

“She was the most giving person I have ever seen in my life,” Rodriguez said. “Even if she had nothing left she would find a way to make sure others were OK.”

Maribel Meza had just graduated from high school when she started working with Hicks at the Children’s Laboratory School in the early 2000s. She said she was trying to figure out what to do with her life said Hicks was like a second mother to her, encouraging her and helping her reach her goals.

“Anything I ever needed; she was there,” Meza said. “If I called and my car had broken down, she was there. [She] dropped everything to help.”

Meza is a first-grade teacher now. She said a lot of her classroom techniques, such as using positive reinforcement for correction, came from Hicks.

“She truly loved what she did,” Meza said.

Thomas said she is working with Eastfield to establish a scholarship for early childhood development students in Hicks’ name. She hopes to have it in place by December.

“She didn’t just take care of our kids,” Thomas said. “She trained a lot of students who went on to work at other daycares or who went on to get their education degree. They all studied under her.”

Her family plans to hold a celebration of life service in her memory after COVID-19 gathering restrictions are lifted.