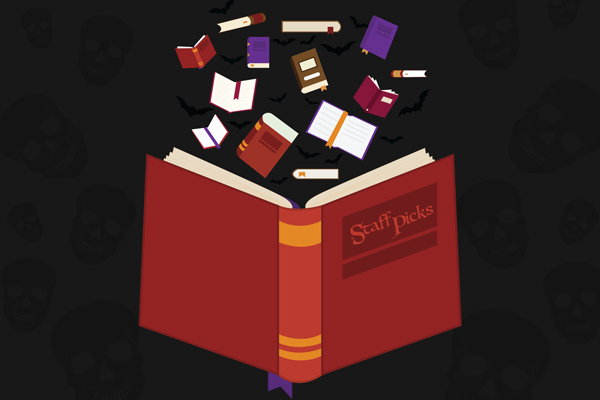 Story and photos by Jordan Lackey
When we’re locked in the darkness of isolation and solitude, that’s when our demons like to come out and play. Uneasy times call for unsettling reading material. Let’s give those precocious little scamps some entertainment. I’ve compiled a list of my favorite and most easily accessible, dark, twisted and morbid books. Every volume can easily be found through Amazon or most online booksellers, even the ones that sound like they shouldn’t be available to the general public.
Kid-friendly 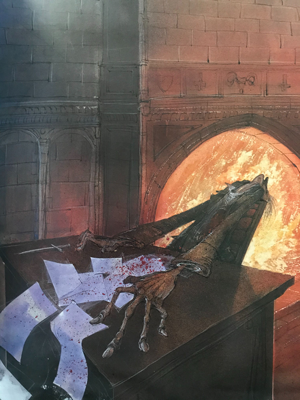 “Mostly Ghostly:” Adapted by Steven Zorn, illustrated by John Bradley
“Mostly Ghostly” is an adaptation of eight classic ghost stories, such as, “Selecting a Ghost,” by Sir Arthur Conan Doyle and “A Creature of Habit,” by Ambrose Bierce. The book is riddled with sketched ink illustrations depicting bone-thin creatures and blood bespattered pages.
It was one of my favorite books as a child because of the captivating psychological tales and the morbid splatter-style visual depictions. Zorn’s adaptations of these classic stories help the book maintain a smooth and cohesive feel from one story to the next while Bradley’s illustrations are just downright creepy. This book is perfect for late-night stories. Be forewarned, neither parent nor child will forget the content of these pages after this book is closed. 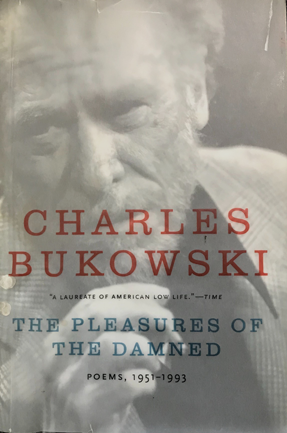 Poetry
“The Pleasures of the Damned:” By Charles Bukowski
Bukowski wrote more than 40 books in his lifetime. “The Pleasures of the Damned” is a compilation of selected poetry ranging from 1951 to 1993. According to the Los Angeles Times, he was, “an eccentric who [saw] the world with a clarity of vision possessed only by artists and madmen.”
In this volume, the reader can perfectly see the poetic progression of one of the most influential counterculture icons to ever put words on a page. Bukowski delivers heart-wrenching, raw and brutal descriptions on such topics as depression, women, alcoholism and child abuse in a simplistic style that has struck a chord with readers for generations.

“Poems for the Dead:” by Hart D. Fisher 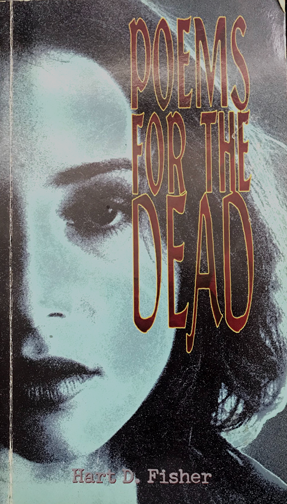 Hart D. Fisher was called, “the most dangerous man in comics,” by Hero Illustrated magazine. He is best known as the author of a controversial biography comic based on the life of Jeffrey Dahmer. “Poems for the Dead” was Fisher’s first poetic endeavor and was never originally intended for publication.
A short read and a small book at 131 pages, this is still one of the heaviest volumes a reader can hold. With a raw and “from-the-gut” poetic style, Fisher describes his contrition and grieving process in vivid detail after the brutal rape and murder of his first love, Michelle Davis. “These words are my everyday reality,” he says in the author’s note. “A slippery dance in a puddle of my own blood.” 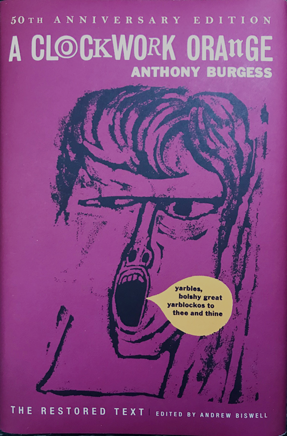 “A Clockwork Orange” is one of Time magazines “All Time 100 Novels.” It was the basis for Stanley Kubrick’s cult-classic film adaptation of the same name. Where the film is dark, perverse and disturbing, the book takes it to a whole new level of deranged. Burgess originally published the work in 1962 and the story is set in the “near future.”
In this work, Burgess created an entire dystopian society with its customs, fashion styles and political disagreements. He even goes so far linguistically as to create an entire youth slang language called Nadsat. The book is divided into three sections, each one taking place before, during and after the lead character’s forced rehabilitation through government-sponsored mind-control.
The entire work is a societal statement attempting to predict the sociology of the future and address problems in the criminal justice system.


“Fear and Loathing in Las Vegas:” by Hunter S. Thompson 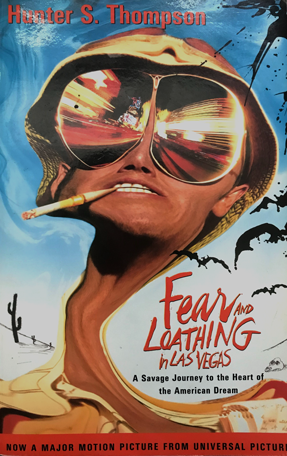 Thompson is acclaimed as one of the most prolific and dysfunctional writers of his era. He was eventually immortalized as the founder of Gonzo journalism, where he would throw himself into the lifestyle of the subject he was covering with complete and total abandon while blending fiction with a confrontational journalistic writing style. “Fear and Loathing in Las Vegas” is one of the few pieces of fiction he published in his long career, however, it’s believed that much of it was based on Thompson’s personal experience.
In this book, readers follow the illicit substance-induced escapades of journalist turned drug fiend, Raoul Duke, as he attempts to cover multiple stories in Las Vegas. “You can turn your back on a person,” he said. “But you can never turn your back on a drug.” Through the haze of a functioning addict, Thompson comments on the failed counterculture of the 1960s while he describes the drug-culture mentality of “your average god-fearing junkie.” 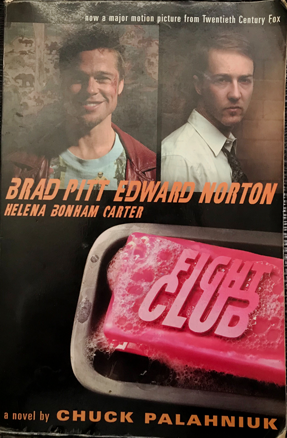 “Fight Club” was originally published in 1996 and was almost instantly acclaimed as an underground classic. With the success of the film adaptation in 1999, the book’s reputation as one of the most original and provocative novels of the decade was set in stone. “Fight Club” was Palahniuk’s first novel.
It tells the story of a man who has grown disenfranchised by consumer culture in a world filled with disappointment. To attain freedom from an overbearing society, he begins hosting after-hours boxing matches in bar basements. These clubs eventually evolve and resort to full-blown guerrilla warfare and sabotage on a global level.
Palahniuk brilliantly uses a combination of dark humor and rage to perfectly encapsulate the frustrations of any individual with enough of a mind to see that something is wrong with the world we live in. 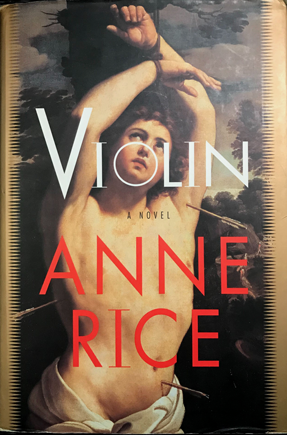 Anne Rice is arguably the most commercial name on this list. There’s a reason she has some of the best-selling novels of all time under her belt. Whereas she’s most recognized for her Vampire Chronicles, she’s written several stand-alone novels such as “Cry to Heaven” and “Ramses the Damned.”
In “Violin,” Rice chooses her hometown of New Orleans as the main setting, but the story eventually expands across the globe and even backward through time. With her poetic and descriptive writing style, she transports the reader through time and setting to meet a young violin player as he’s introduced to a talentless and grieving middle-aged widow. This may sound like a romance, but I assure you it’s nothing of the sort.
With chapters beautifully depicting dreams of sleeping with the bones of dead loved ones, Rice outdoes herself and yet again earns her place in literary history as one of the best horror authors of all time. 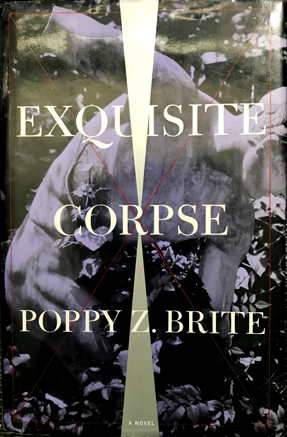 “Exquisite Corpse:” by Poppy Z. Brite (A.K.A. Billy Martin)
Poppy Z. Brite originally met notoriety as a horror author in the 1990s. With several successful novels and short stories, he made a name for himself with his beautiful depictions of truly horrific things. “Exquisite Corpse” holds no exception in this regard. There’s an entire chapter devoted solely to the vivid and dark description of two cadavers in various forms of decay.
The story is inspired by Jeffery Dahmer and revolves around the lives of two serial kills who make acquaintance in New Orleans. This book focuses on death, murder and sex while playing with the undertones of concepts like pirate radio and the AIDS epidemic.
Written from a killer’s perspective, Brite’s use of visceral, poetic and erotic storytelling is breath-taking in every sense of the word.

“A Little Life:” by Hanya Yanagihara 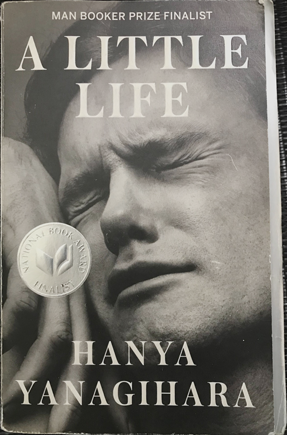 “A Little Life,” a National Book Award finalist, was published in 2015 and has since spawned such a response that a summary and guide have also been written to accompany the original work. The Wall Street Journal called it, “An epic study of trauma and friendship that’ written with such intelligence and depth of perception.” This story follows the lives of four college classmates over decades.
The story of Jude St. Francis, scarred by unspeakable childhood trauma, will bring a tear to the driest of eyes and break even the most hardened of hearts. A reader could never find a more damaged central character in the pages of any other book. Abuse, self-loathing, addiction, sexuality, love and art, no topic is left untouched.
Yanagihara brilliantly explains how blood can stain marble floors and the same can be said for the impression this book will leave on anyone who reads it.
How-to-guide 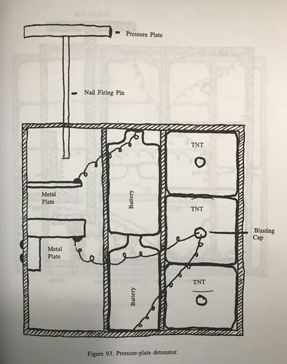 “The Anarchist Cookbook:” by William Powell
William Powell wrote “The Anarchist Cookbook” in 1971 at the age of 19 and later spent most of his life hoping it would just disappear. As a young college student, angry at the government and the Vietnam War, he decided to write one of the most controversial books ever to hit publication.
The “Anarchist Cookbook” is a literal encyclopedia and how-to-book covering everything from drug manufacturing to how to build a bomb step by step. Most of the information was pulled straight from government manuals Powell easily found at his local library. This book has been found in the possession of dozens of high-profile perpetrators, like those behind the Oklahoma City bombing and the Columbine school shooting.
https://eastfieldnews.com/2020/04/11/staff-picks-soundtrack-to-the-pandemic-some-new-tunes-to-ease-your-quarantine-blues/
Delete Image
Align Left
Align Center
Align Right
Align Left
Align Center
Delete Heading