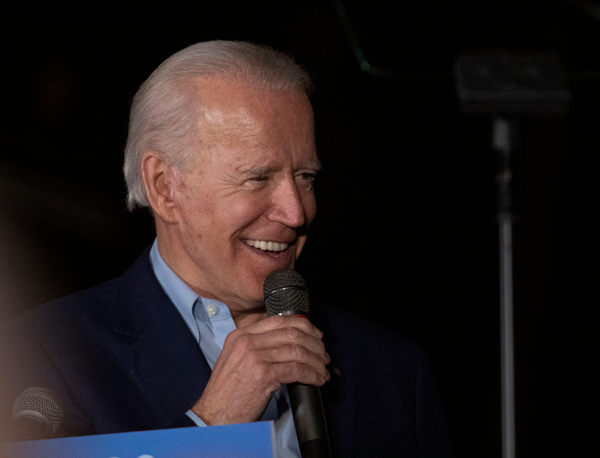 Biden, who was trailing in the polls, received a boost from the South Carolina primary on Saturday where he defeated front-runner Sen. Bernie Sanders by almost 30 percent.

Since then, three Democratic presidential hopefuls, Tom Steyer, Pete Buttigieg and Sen. Amy Klobuchar, have dropped out of the race. Buttigieg endorsed Biden at a pre-rally event earlier in the day, and Klobuchar appeared onstage with him at Gilley’s to announce her support.

“He can bring our country together and build that coalition of our fired-up Democratic base,” Klobuchar said over the cheers of the crowd. “We do not in our party want to just eke by a victory. We want to win big.”

A University of Texas at Tyler/Dallas Morning News poll shows Biden receiving 35 percent of Democratic support in Texas compared to 18 percent for Sanders.

Beto O’Rourke, who ended his bid for the presidency in November, also attended the rally and promised to vote for Biden.

Biden’s supporters started gathering outside Gilley’s at 2:30 p.m., 4.5 hours before the doors were scheduled to open.

Dylan Phillips from Paris, Texas, was one of the first people in line.

“This is my first political event, and this is my first time to vote in the Texas primary,” she said. “I mainly like his charisma and his … integrity. He doesn’t have to tear anyone down. He likes to build up. He wants to bring us together and unify the country.”

DeSoto Mayor Curtistene McCowan said she wished she had gotten there sooner.

“I could be all the way up there by now,” she said, gesturing toward the front of the line.

McCowan said she is a long-time supporter of Biden. She hopes that even if he doesn’t win the Texas primary, he will still do well enough on Super Tuesday to boost the number of delegates needed to win the Democratic nomination.

“There’s so much negativity in this country from the top,” she said. “I hate for our children to be exposed to all of that. I am so ready for civility and classiness and just that dignity. That’s why I’m here.”

Inside the venue, the Skyline High School Marching Band welcomed the crowd with “America the Beautiful.” Cries of “Let’s go, Joe!” were heard repeatedly as the audience displayed their blue “Texas for Biden” signs.

The crowd estimate was 2,150. Local lawmakers, including Texas Rep. Victoria Neave, gathered onstage to add their support for Biden.

“We are done waiting for someone to lead this nation, a nation of immigrants like my dad,” Neave said. “There is somebody here tonight who is ready.”

Biden and Klobuchar took the stage together shortly after 8:30 p.m. to cheers and whoops from the onlookers.

“Every person who has been knocked down, counted out, left behind, this is your campaign,” Biden said. “This time we’ve got to bring around everybody. Every race, ethnicity, gender, disability, economic situation, Democrats, Republicans, Independents of every stripe. Most Americans don’t want the promise of a revolution. They want results. Winning means uniting America.”