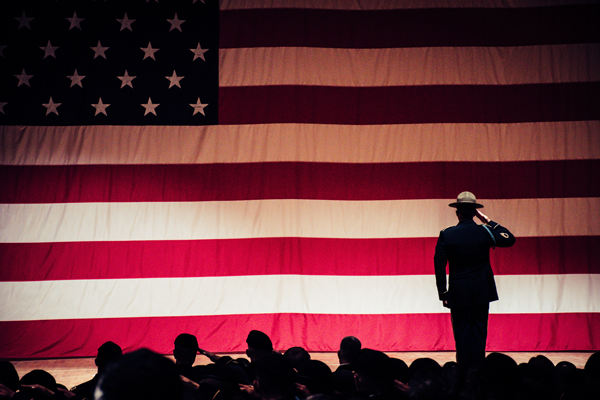 Pedro Navagonzalez thought he was an all-American kid. He grew up in Anaheim, California, during the 1970s and ’80s, was a Boy Scout and loved to play baseball and football. At 18 years old, his illusion came to an end.

Navagonzalez was looking forward to a trip with friends to Tijuana, Mexico.

When he asked his mother for his birth certificate, the only document required for travel to Mexico in those days, she told him “No, mijo, you cannot go.”

“You cannot go because you cannot come back,” his mother told him. “You’re not a citizen.”

Navagonzalez’s parents had brought him to the United States from Guadalajara, Mexico when he was 5, and he had always thought of himself as an American. It took 13 years for him to realize he was an undocumented immigrant.

“It was heartbreaking,” he said.

Navagonzalez’s dream to join the Marine Corps would have died then if he hadn’t received unexpected help from the White House.

In 1986, President Ronald Reagan granted amnesty to nearly 3 million unauthorized immigrants by signing the Immigration Reform and Control Act. Navagonzalez became a permanent legal resident of the United States, and his new status qualified him for military service.

Navagonzalez was one of three speakers at Eastfield’s Common Book Event “From Immigrant to Service Member” on Nov. 18. He, along with Marine recruiter Sgt. Arturo Ibañez and former Department of Defense member Trong Phan, spoke to a group of 20 Eastfield students and employees about the benefits of military service.

While his enlistment gave him certain privileges, Navagonzalez soon realized that his status as a permanent resident was not enough for him to advance within the Marine Corps. Many positions required security clearance that was only available to U.S. citizens.

After serving in the Gulf War, Bosnia-Herzegovina and Somalia, Navagonzalez got another break. President Bill Clinton offered expedited citizenship to members of the armed forces.

“The greatest thing I’ve ever done in my life is become a U.S. citizen, and … to serve this great nation as a United States Marine,” he said.

The military can provide a pathway to citizenship for those who serve. But Ibañez explained how it also facilitates the immigration process for undocumented parents and spouses of service members through the parole-in-place program.

Typically, when someone enters the United States without authorization, they have to leave the country for a certain period of time in order to qualify for permanent legal status. This process can take years.

“What the parole-in-place program does is [allow you to] stay in the country while you get your residency,” Ibañez said. “You don’t have to leave at all, and you’re able to be with your family.”

The military also gave Phan a chance to finish his education.

A refugee from Vietnam, Phan escaped from the war-torn country by boat. He arrived in the United States in 1980 and worked a variety of different jobs to put himself through college.

His English was poor, and his grades suffered, but he graduated from the University of Texas at Austin with a bachelor’s degree in engineering.

He began a career with the Department of Defense after graduation, but he wanted more education.

The Department of Defense agreed to pay for his schooling as long as he worked for them full-time. He completed four master’s degrees and a doctorate in applied management and decision science.

He said his decision to continue studying was influenced by something his mother had told him in Vietnam.

“I remember my mom had told me, ‘when you get [to the United States], this great country provides opportunity, not just freedom,’” he said she told him. “‘Set the goal high. You will get there.’”