OPINION: Don’t lose your identity for a relationship 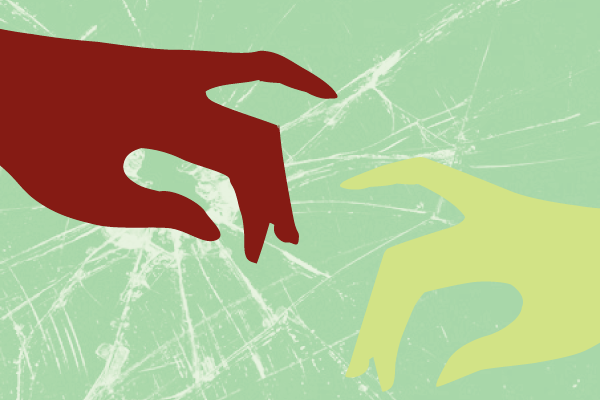 I once thought being a single woman was a curse and that I needed a man to validate me and give me a sense of worth.

I didn’t like who I was. I thought I was too dark, and that my lips weren’t full enough. I didn’t have long hair or a perfect shape. The list of why I hated myself was pretty long.

Society and TV shows multiplied my insecurities. I didn’t have any positive women role models, and I was searching for acceptance.

At 15, I began dressing and acting in a provocative way to get attention. I was baiting myself for men who saw me as easy prey.

I got attention from men but remained empty inside. The attention didn’t feel good.

At 19, I thought I finally found someone who was interested in me. He took me to fancy restaurants and bought me jewelry, designer clothes and shoes. I thought he was the one I would marry.

One abortion and two children later, I found out he wasn’t.

He controlled me. I didn’t have a voice. He made every decision for me.  But I stayed with him.

We were together for seven years. I was faithful to him though he was unfaithful to me. Whatever he wanted, if it was in my ability, I gave it to him: a clean house, cooked food, washed and ironed clothes, packed lunches, notes in his pockets to encourage him throughout his work day. To make him happy I went on diets to lose weight and altered the way I dressed and wore my hair.

The more I tried pleasing him, the more I lost my authentic self. I said yes to all of his requests and commands. I thought if I gave him what he wanted, he wouldn’t cheat on me and would finally make me his wife.

I was miserable and felt my life had no purpose. I became numb because I was no longer living for myself.

I went through his phone several times and saw messages from another woman, the same woman he had been seeing since I was pregnant with our first son. He promised he would stop talking to her and changed his phone number.

After discovering messages again, I was angry and confronted him. He said someone else gave the woman his number, but I did not believe him.

I went back into the bathroom, sat on the floor and cried. I remember thinking to myself, “There has got to be something better than this.”

I began reading about God’s love and how Jesus died so that I may live. I realized that was true love, the one I had always longed for.

I began building a personal relationship with God through Jesus. The more I spent time with God, the more I began to love myself and learned who I was. I discovered my voice and began using it by letting him know what I expected.

For an entire year we ignored each other. He slept on the couch, and I slept in the bedroom.

I thought that by making this stand, he would do right and marry me. He hated my change and threatened to leave.

For months his things were packed by the front door, and I never knew when he would leave.

One night in February 2016 I took our youngest son Joseph to the emergency room he had gotten sick over the weekend. He was discharged we went home and all his things were gone. It was so wrong the way he left, but for once I finally felt peace.

The entire time we lived together I was not able to freely listen to worship music, to pray without him getting upset with me about it. I finally felt free to be me. I began writing poetry again and went to different cities and churches sharing my story, telling others about how I got my voice back after years of being silent.

I began to enjoy this new freedom. I was not looking for a man, but men came my way. One gained my attention because we shared some of the same interests.

We had both been through a lot and were rebuilding ourselves. We bonded through prayer and attended church together. He seemed to be a sweet guy, he was very respectful and appeared to be a family man.

He proposed to me suddenly and we set a date to get married.

Then I became pregnant and saw another side of him that I had never seen.

When he didn’t get a job he wanted, he became angry and shut me out. We never got married and had many conflicts throughout my pregnancy.

He wanted me to abort the baby, but I chose to keep her and leave him.

So, ladies, do not compromise yourself just to have a man, You are valuable, and there is an authentic guy just for you, so do not settle for a counterfeit.

For years I thought my value came from being with men. Thanks to Jesus, I discovered my treasure within.