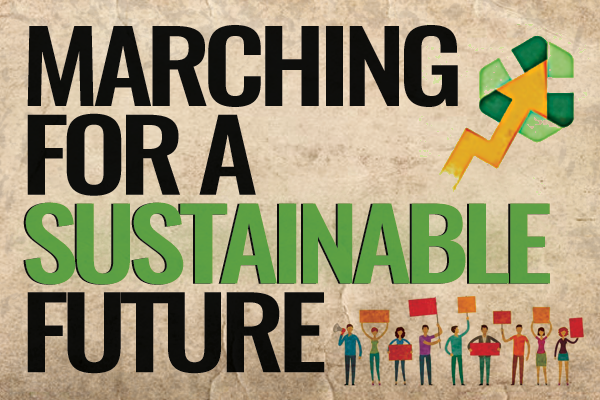 Hundreds of protestors from students to adults marched on the Margaret Hunt Hill Bridge Friday, Sept. 20 to demand action be taken by governments in regards to climate change.
Climate Strike Dallas was a part the Global Climate Strike movement that mobilized 7.6 million people for the week of Sept. 20 in an effort to bring awareness to the issues of climate change.
The protests were encouraged by the call from Swedish environmental activist Greta Thunberg. The young activist, who has became a strong voice for the call to action on climate change, sailed to New York City in a emission-free racing yacht to speak at the  United Nations Climate Summit .
The Climate Strike Dallas event hosted an array of speakers from the Dallas community. Many called for the support of younger activists as well as continuing the momentum that activists like Thunberg have established.