Coffee shop set to open in spring amid library growth 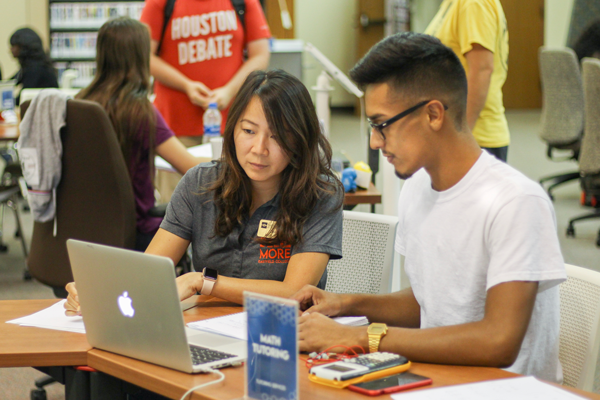 Caffeine addicts of Eastfield should have the chance to get their fix on campus by spring 2020 following the completion of a coffee shop at the intersection of the Learning Commons, G Building and F Building.

Administrators said last spring that the shop may be open by this fall, but facilities director Michael Brantley said only 10 percent of the project has been completed so far, which includes planning..

Construction has not begun, and Brantley said the shop is under “design review.” He said they plan to bid out the space to a vendor in the next month to get a construction company.

“I think it’s a much-needed thing,” he said. “Students have been asking for the coffee shop for several years. I just think it’s going to play very well.”

People wanting to procure a cup of joe won’t have to enter the Learning Commons. Instead, they will access it from the hall that connects G Building and L Building.  Brantley said the Learning Commons will not have to close during construction and that it won’t take up much space.

“It was prime real estate to put that coffee shop,” Brantley said. “That’s where all the foot traffic is when we did the study.”

The space that has been allotted for the cafe is currently being used by Tutoring Services. Vice President of Business Jose Rodriguez said plans began around eight years ago for the shop and that the original location of the G Building on the second floor under the pavilion roof would not work because it didn’t have the proper plumbing.

During the President’s Forum on Sept. 13, librarian Lindsey Bartlett spoke out against the location of the coffee shop, saying recent increases in student usage could be problematic.

Usage of the library saw an uptick of 30 percent from fall 2017 to fall 2018, according to librarian Megan Horlander. Tutoring Services also increased by 27 percent. As of Sept. 9, the library was seeing 1,500-2,000 people a day on average.

He said having tutoring in one area is the best practice for community colleges because it’s easier for students to use and for tutors to be utilized to the best of their abilities by working across disciplines. Upadhyaya said the Learning Commons will soon add online resources as well.

“The Learning Commons … is our student-centered space, so maintaining the integrity of that space for students and their success is really the priority,” he said.

The Learning Commons is also the only student computer lab, Upadhyaya said.

Library Dean Karla Greer said she supports the coffee shop in the Learning Commons and thinks with some rearranging they should be able to continue offering the same services as before.

“If we continue to increase like that, we’re going to have to look at other arrangements,” she said. “But for right now I think we’ll be OK.”

She said tutoring can take place in other places in the Learning Commons, like the group study rooms and conference rooms.

Miranda Acosta, a marketing major who was drinking a bottled Starbucks in the N Building, agreed that the location was a good place to put the coffeehouse due to the traffic.

“There’s a lot of people that study for long periods of time, and it would be kind of relaxing to have that other option,” she said.