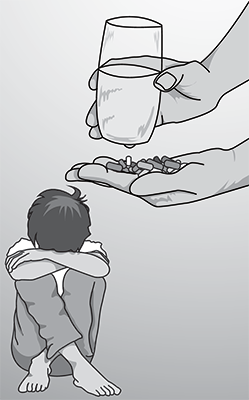 By Billy Dennis
The most dangerous drug dealers I ever knew were my pain doctors.
At the age of 22, I survived a near-fatal car wreck. As I laid in a medicated coma, doctors told my family I had a 10 percent chance to live through the night. I spent the next seven months in the hospital and an additional two years learning to walk again.
I broke nearly every bone in my body from the chest down. I lost six inches of bone in my left leg and four in the right, requiring multiple bone transplants and grafts. I also had an L4 and L5 burst fracture of the lower lumbar, which caused severe long-term nerve damage.
Ultimately, I had 27 surgeries to repair my mangled body.
When I was finally released from the hospital, I had more metal in my body than Wolverine and a massive drug dependency. I was taking more than 100mg of methadone and oxycodone and more than 300mg of hydrocodone daily. Ironically, the driver who hit me was high on the same types of pain medications.
In the beginning, I desperately needed these medications to exist. Had I been deprived of them, I likely would have taken my own life. The pain was that bad.
This led me to rely heavily on these drugs for everything. The problem is I never had a pain doctor tell me about the dangers of long-term use. They were more interested in becoming my perpetual dealers and enablers.
Over time, due to insurance changes, I was introduced to what patients call the meat grinder, the one-stop-shops for pain medications in Dallas.
These are doctors, more often than not, with their own pharmacies who are willing to prescribe just about anything to anyone.
Not one time did I ever have a doctor suggest to me it was time to taper off these dangerous drugs. I wasn’t a patient. I was a customer, and the customer is always right.
Sitting in those waiting rooms, it was easy to differentiate the drug seekers from those who had legitimate reasons for being there. I would say the odds favored the former 3 to 1.
Every time my dosage was decreased, it was at my insistence. When I got serious about getting off my meds, my doctor suggested suboxone, a medication that’s supposed to help with opioid dependence. But suboxone causes its own dependence, often worse than the addiction it’s trying to alleviate.
I did my research and found that this drug was not for me. I wasn’t prepared to trade one vice for another.
I sought out another pain doctor who would help me finally wean myself off the crutch of pain meds. However, that turned out to be a very bad idea.
The next pain management “specialist” had her own way of doing things: injections. I told her I had already stopped taking most of the medications and was simply trying to get off the rest.
By this time, I had reduced my medications to just 10mg of methadone a day. Even at this level, stopping cold turkey can still cause serious damage, or even death. I felt I needed a doctor to help with the process.
She told me she didn’t typically prescribe methadone, but would help me out if I agreed to undergo epidurals for my pain. When I questioned whether this was needed or would even help she said, “No injections, no medications.”
She had me right where she wanted me.
After six months of injections, her business strategy became clear. As a disabled person, I was on Medicare. If she was just helping me regulate my medication decreases, she could expect payments of $75-150 a month from the government. But with the injections, she was receiving $4,000-5,000 a month.
She had built herself an impressive racketeering empire.
Honestly, I’m not convinced she ever gave me a single injection. When I awoke from the anesthesia, there was no noticeable difference in my pain level.
During this time, I started weaning myself from the meds. I was receiving 10mg a day but began taking only 5mg. Over the course of a year or so, I built up a backup supply. It was a good thing I did.
I was told on my next visit that she would no longer be seeing Medicare patients. The doctor said Medicare stopped paying for the injections. Gee, I wonder why?
If you want to know why Medicare is in trouble, there’s your answer: crooked doctors.
I was immediately cut off. Had I not been stockpiling my meds, I would have been in serious trouble.
I began tapering myself off the methadone slowly. During the first month, I broke the pills in half, then in quarters, and so on. Eventually, I was using a razor blade to shave off the smallest of pieces.
After a rigorous six-month process, I finally became drug-free. That process ended three weeks ago.
I’m happy to say I achieved this on my own without doctors and without going through the painful withdrawals they said I would. The fog has finally been lifted.