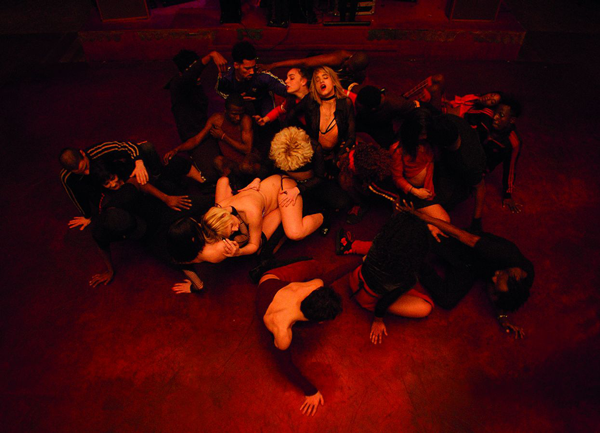 
By DAVID SILVA
@DavidSilvaETC
Mesmerizing choreography, a heart-pounding soundtrack and bold cinematography make Gaspar Noe’s sadistic psychological horror “Climax” his most impressive descent into debauchery yet.
The film, set in the 1990s, centers on eccentric dancers that, while celebrating a rehearsal in a remote studio, begin to collectively experience vivid hallucinations.
Upon realizing that someone spiked their sangria with LSD, the members of the dance troupe begin to act irrationally, leading to violence, aggressive sexual desires and a macabre selection of dance moves.
As with most new French extremity films, the horror lies in the excessive cruelty the characters inflict upon each other.
“Climax” also boasts Noe’s stylized and sensory-overloaded direction, with more strobes and screams than an EDM festival inside the nine circles of hell.

But despite its plummet into the most messed up corners of the human psyche, the film lifts itself above traditional body horror and exploitative cinema by its incorporation of both menacing and surprisingly sensual dance pieces.
The dance doesn’t occur as a break from the narrative, and aside from one instance, doesn’t take center stage.
Instead, it adds to the overall menace of the studio and its drug-induced occupants. Dancers bend, twist and crawl across the floor like props in a Halloween haunted house.
As everyone starts losing their minds, the soundtrack succumbs to insanity too, progressively going from celebratory to eerie to nightmarish to flat-out assaulting.
Noe takes it a step further by treating the camera like a victim of the laced drink, rotating it, shaking it and by the end, literally turning it on its head.
Combine all of that and you have yourself a pretty stomach-churning experience that’s impossible to look away from.
As far as the plot goes, there isn’t a whole lot to cling onto, with no real main protagonist and no clear theme to tie it all together (except maybe one that suggests we’re all either destructive animals or their victims).
Nevertheless, this film is still more accessible than most extremist cinema, partly because its commitment to its sinister atmosphere and uncanny dance moves allows it to ease away from an overindulgence of physical shock horror.
For a director who is known to cause people to walk out in the middle of his movies in horror, not including an overly extensive violent or sexual encounter is a step toward the mainstream, I suppose.
In fact, “Climax” bares the possibility of crossing over from a strictly art house audience into the general consciousness and may be many people’s introduction into France’s super messed up film movement.
“Climax” is not for the faint of heart, something the filmmaker intends wholeheartedly.
I suppose Noe sums up the spirit of the film best in an interview he had with the Guardian a year ago, when it started to make its rounds at film festivals.
The interviewer informed Noe that he witnessed maybe six or seven people walk out during the film. Seemingly disappointed, Noe proclaimed, “I usually have 25 percent of the audience walking out.”
https://eastfieldnews.com/2019/02/18/alita-offers-great-visuals-plot-not-half-as-stunning/