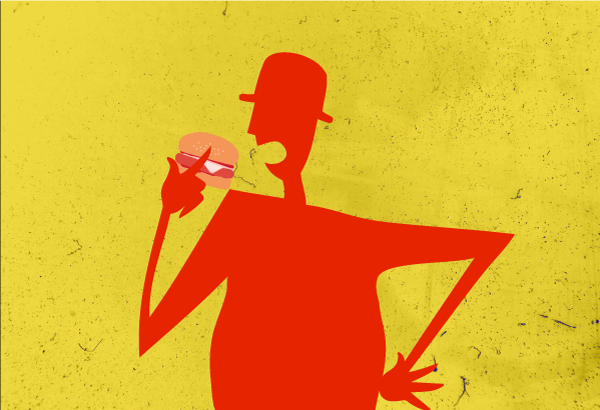 While the majority of the U.S. population continues to primarily consume a diet of animal products, there seems to be a trend that could potentially tip the scales.

As the world begins to face issues such as climate change, political imbalance and food scarcity, an ethical and compassionate approach to your lifestyle could be the solution we have all been waiting for.

By switching our dietary habits from one of self-indulgence to one of self-love and making the transition toward a vegan diet, our environmental footprint would dramatically decrease.

The effects can only be positive.

Twelve percent of 18 to 49 year-olds followed a mostly vegan or vegetarian diet, compared to 5 percent of those 50 or older, according to a 2016 Pew Research survey.

For example, a vegan diet, which means that one must abstain from eating meat, dairy and eggs, could be adopted by someone that rejects the unethical practices of the livestock industry, or perhaps by someone who feels that animals are sentient beings and therefore should be allowed to live a happy existence.

As the idea of a greener and healthier future begins to seem closer, a recent study by the Agriculture Department would suggest otherwise.

Between Dallas Cowboys vs. New York Giants tailgate parties, little David’s birthday celebrations at Chuck E. Cheese’s or the fathers’ “MasterChef” interpretations of a weekend burger, Americans have become desensitized to the consequences of consuming high quantities of meat, not only at the expense of their own health, but also their wallets.

With heart disease and stroke alone costing the U.S. an average of $1 billion a day, it is important to address the health consequences that sustaining a diet based on animal products has on our economy.

By choosing to follow a vegan diet, you will not only reap the benefits of a healthy lifestyle, but most importantly, you will be contributing to the idea that exploitation and cruelty have no place in our society.

We as citizens of this world have an option, outside of the status quo, to gain consciousness through our actions, and through the acknowledgment of our environmental footprint.

I challenge everyone that reads this column to question themselves on the daily food habits in which you choose to partake, as well as doing the necessary research on the ever-increasing plant-based alternatives.