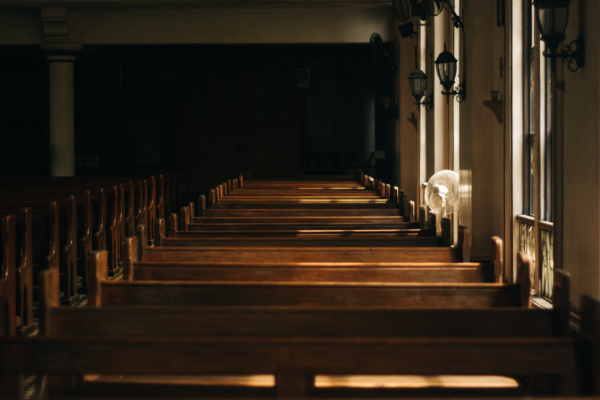 Note: A previous version of this story has been updated Feb. 1 at 1:30 p.m. due to copyright concerns regarding the original feature photo.
The Catholic Diocese of Dallas released today the names of 31 priests, including three from Good Shepherd church in Garland, with “credible accusations of sexual abuse of minors since 1950.” The list does not indicate guilt of the priests, only that the Diocese has found the allegations to be credible.
The Diocese named Jeremy Myers, suspended last year, Kenneth Roberts, who died last year, and Justin Lucio, who died in 2004, as the priests who were at one point assigned to Good Shepherd. The church is a 20-minute drive from Eastfield’s campus.
Dallas Bishop Edward J. Burns defined credible allegation as “one that, after review of reasonably available, relevant information in consultation with the Diocesan Review Board or other professionals, there is reason to believe is true” in a letter released with the list.
The release of names is following through on a commitment made in October, according to the letter.
“As we look back at the Church’s history, our failure to protect our most vulnerable from abuse, and hold accountable those who preyed on them, fills me with both sorrow and shame,” Burns wrote. “Going forward, we must remain vigilant. I pledge to you that we will do our best to do what is right.”
Burns writes in his letter that the list was compiled by a group of state and federal law enforcement officers from outside the church who reviewed 2,424 priests’ files and submitted them to the Diocesan Review Board. The board then reviewed the files and released the names they found credible.
None of the priests on the list are shown as still working in any ministry. The letter indicates that the Diocese has gone to great lengths to make the list exhaustive but recognizes that there could be more victims who have not reported abuse.
The list included 16 dead priests, one priest who is incarcerated for unspecified crimes and one with a pending lawsuit claiming abuse of a minor.
“As I look to the future, I am encouraged that an overwhelming majority of the priests in this Diocese are, and have been, good and holy men, and I remain thankful for their witness,” Burns wrote.
He also encourages any victims who have not come forward to report abuses to law enforcement or the Texas Abuse Hotline at 1-800-252-5400.
View the full letter and list here. More information about the investigation can be found at cthdal.org/response.