Editorial: Partisan attitudes hurt us all, left or right 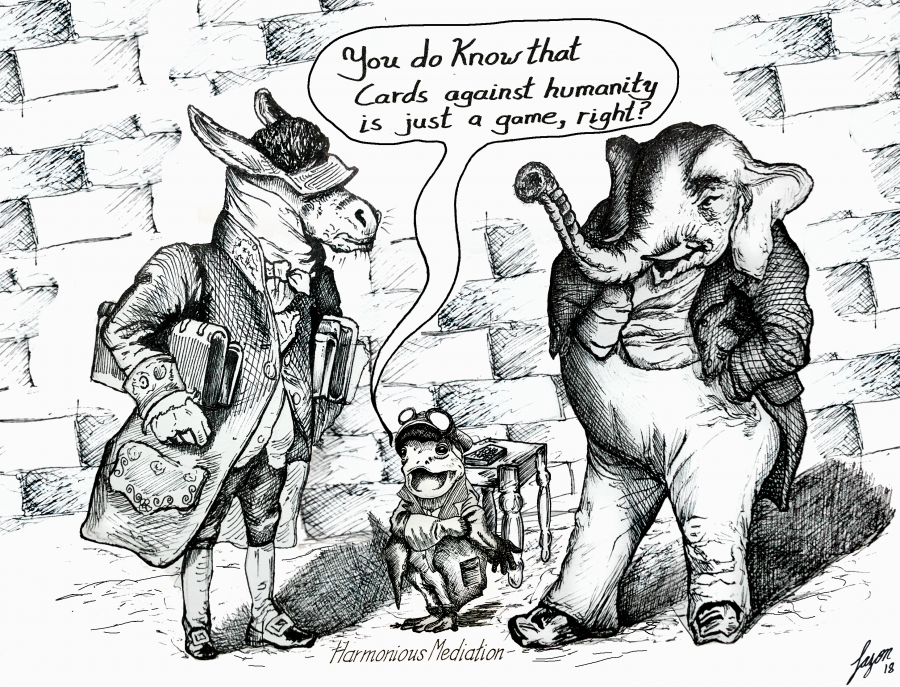 America’s political climate is in turmoil. Neighbors refuse to speak to others in their communities.

Families are torn apart, brother to sister, cousin to cousin, and uncle to niece. Co-workers isolate themselves in fear of workplace hostility, all because political partisanship has commandeered the behemoth battleship that is America.

If we the people of the United States wish to form a more perfect union, we must accept that there are those who think our country should operate in different ways.

This shouldn’t be hard to accept in the land of the free.

But since the 2016 presidential election, Americans have found it more difficult than ever to hold conversations with those who possess opposing views.

The Et Cetera suggests that instead of surrounding yourself with like-minded people, try speaking with someone with whom you disagree. Opening yourself to worldviews different than your own allows for growth in ways that you’d never expect.

Before we continue, we’d like to say that we can’t control how you or someone else will react when discussing politics. If you think you’ve entered a completely hostile situation, you have every right to walk away.

The point is that not enough people are attempting to communicate with civility when expressing their views. It is of the utmost importance to have your views challenged on a regular basis, because life isn’t always about being right or winning. It’s about learning and growing. It’s about trying to see life from every angle while you still live and breathe on this Earth.

So what if you talk to someone and they criticize you for your views? As long as it is pure criticism and not raw hostility, you should try to listen to it, accept it, or possibly even learn from it. If you don’t, how do you expect to gain anything, let alone insight about life?

Before you all send letters to the editor saying, “How dare you accuse me of not being tolerant? I’ve gotten hundreds of death threats online,” know that we aren’t telling you that you can’t block people on social media.

We simply want you to know that the moment you shut yourself off from others and never speak to someone you disagree with, you deny yourself the opportunity to become something better than what you were before.

Never stop talking to different people. Never stop challenging the ideas that you believe are universal truths. Never give up.