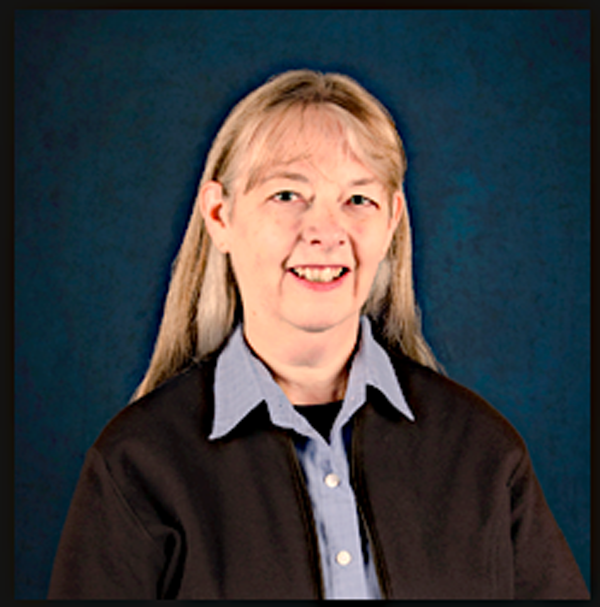 Marilyn Olliff, known for her positive attitude and the angel Christmas ornaments she would make every year, died unexpectedly on April 10, following a brief illness.

Olliff, 64, worked in the Eastfield advising office and was employed at the college for 44 years.

The Eastfield flag was lowered to half-staff on April 24 in her honor. Olliff’s family attended, as well as staff, faculty and friends she had met in her time at Eastfield. People filled the flagpole area, many of them wearing the Christmas angel ornaments that she made for them.

“She always reminded me that every day is a happy day,” Dean of Student Support Services Patty Young said. “If you know Marilyn and if you spent any time with her, she would always remind you…’happy Monday’, ‘happy Tuesday.’”

In 1974, Olliff began her career at Eastfield in Continuing Education, where she worked until moving to Admissions in 2001.

“We never went by her office when she didn’t have piles of paper and miles to go before she slept,” assistant to the president, Sharon Cook said. “She always looked up with a smile and made time to talk to you, to find out if you had a care or concern, to find out what was going on in your life before she got back to her pile of work.”

Several of Olliff’s colleagues said she was the “answer person” who would seek out answers, even if she didn’t have them right away. They said whether she was their supervisor at the time or not, she treated everyone the same either way.

Clara Ewing worked closely with Olliff for nearly 20 years and said Olliff was someone she could tell anything to.

Ewing said that she was too afraid to fly on a plane to one of the conventions in 2002, and Olliff rode with her in the car so that she wouldn’t be driving alone.

Ewing would drive and Olliff would navigate. Since then, they traveled together twice a year. They went to Galveston, Corpus Christi, Wichita Falls, Houston, El Paso and San Antonio.

Ewing said she is afraid of heights, and she remembers a time she had to cross over the Galveston bridge. Olliff switched places with her and drove them over the bridge. Ewing realized it wasn’t that bad. On the ride home, she was able to drive across the bridge safely, but Olliff was still offering to help.

“She was always willing to help,” Ewing said. “She didn’t care what it was, even the stuff that she didn’t know. She’d say, ‘Well Clara I’m not used to this right here, but if you show me, I’ll do it.’”

Ewing told Olliff she would retire the same day as her.

But Olliff replied, “Well, you’re going to be working forever because I won’t ever retire.”

Anthony Archer, who works at the District Service Center, was at Eastfield from 1998 to 2006. Olliff’s smile is what he remembers most.

He said Olliff would wear a button that said the word “they” with a circle and a slash over it.

“If you came to her and she said, ‘Well who told you that?’ and you said ‘Well they’ she would go ‘Uh-uh. There’s no ‘they’ in here. We need to know who,’ and point to the button,” Archer said.

“We were not able to have kids, but her sister’s children we treated like our own,“ he said.

Their nieces grew up down the street from Eastfield, and one of them actually met her spouse at Eastfield. Now her nieces’ children play soccer at the campus fields on the weekends.

“She was the same way with other people, including strangers, like she was here at campus,” Richard Olliff said. “She even called everybody to remind them to change their clocks. That’s the kind of person she was.”

Her nieces, Marilyn Vega and Rebecca DeButts, said she would even ask about their pets. And when one of them got married, she noted the exact time they were pronounced husband and wife.

“She was really joyful. She had very little to complain about and she loved holidays,” DeButts said. “She would spend the time between holidays planning for the next holiday and making crafts for us. We would all get together at her house.”

Marilyn Olliff’s dedication to others was just as strong outside the walls of Eastfield as it was within.

“She remembered every birthday, every anniversary,” Vega said. “She sent us a card for everything. She gave us a gift for everything. Every special event was really important to her.”