REVIEW: 'Blockers' not worth ticket price 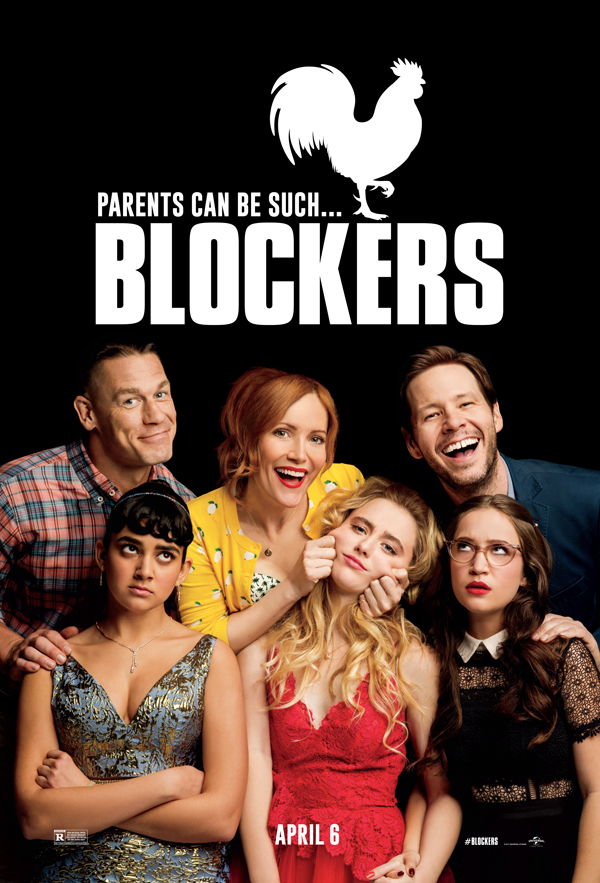 
By Colin Taylor
@TheEtCetera
“Blockers” presents itself as the journey of three parents and their respective daughters, who are each planning to each lose their virginity on prom night. While the story does take the audience on that journey, the potentially complex characters are one-dimensional and lack depth.
The three parents, who each bring a very different and relatable approach to parenting, give this a film a chance to be insightful and touch audience members, either through their own style of parenting or how their parents treated them. Instead, each character is defined by a singular behavior until there is a sudden change-of-heart moment, jarring viewers with a predictable transformation that fails to portray how real human emotions change.
Lisa, played by Leslie Mann, is a single mother who fights to keep her daughter as close as possible to stave off her own loneliness. Mitchell, played by pro wrestler and ironically sensitive John Cena, is an over-protective father who has planned a perfect life for his daughter and coached her every step of the way. Hunter, played by Ike Barinholtz, is a divorced and distant parent returning to his daughter’s life to try to give her the best prom night ever in hopes of rekindling their relationship.
Hunter is the only character in the film who has any sort of interesting development. He switches back and forth from hands-off parenting to being excessively nosey about his daughter’s actions. The other two parents have very rushed realizations that sex isn’t that bad and that they are overstepping their bounds.
The actors did perform admirably given their shallow characters. Each perfectly portrayed their one-sided shells. Of course, the film is a Seth Rogen and Josh Fagen production, and character depth is not their specialty, pop culture references and inappropriate comedy is what they are known for. But, the lack of laughable moments gave viewers a sense that a good idea just fell flat on its face.
The movie was not falsely advertised as a comedy. The jokes and comedic situations were present, but they failed to translate into memorable scenes. There was potential, such as when the parents were in a car chase trying to stop the limo carrying their daughters, but that ended with a cheesy explosion.
As a fan of other productions from Rogan and Fagen, such as “This is the End” and “Neighbors,” “Blockers” felt more cringy than raunchy, more silly than goofy. The sexual references felt forced and excessive, and the punch lines seemed to come up short more often than not.
The movie contained a lack of realism, with certain scenes feeling more at home in the Marvel Cinematic Universe than a raunchy adult comedy. Each act felt less believable than the last. The writers seem to have started down a road and instead of turning around and telling a complete story, they let the movie amp up the nonsensical behavior all the way up to a sudden, unsatisfying climax.
Overall, “Blockers” is not worth your money. The performances of Ike Barinholtz and John Cena in particular have their amusing moments. However, the movie lacks the character development and execution to be the gut-busting comedy it could have been.
Delete Image
Align Left
Align Center
Align Right
Align Left
Align Center
Delete Heading