Back to the roots: Exploring the deeper meaning behind black hairstyles 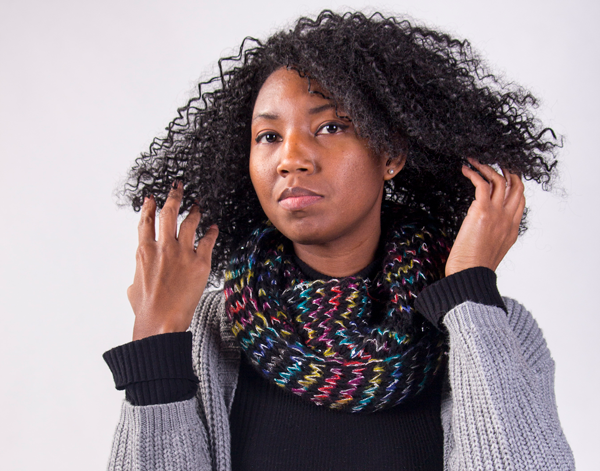 It’s not just hair. As part of the events for Black History Month, Eastfield held a presentation, The Evolution of African-Americans as Told by My Hair, on Feb. 20. Guest speaker, Chesley Antoinette from Cantoinette Studios talked about the history of the headwraps and where a panel discussed various social issues dealing with hair in the black community.

“Headwraps are seen as a symbol of empowerment, beauty, and creativity just as women from back then did,” she said.

The headwrap, originated in sub-Saharan Africa, represents more than a piece of fabric.

In Spanish colonial Louisiana, a law in the late 18th century implemented by the Spanish government demanded all women of color to use a headwrap or headdress to cover their hair. Before this law, free colored women used their money to create elaborate hairstyles, which caused competition with European women.

So the Spanish government created the Tignon law to lower the social status of black women. This was a way to oppress free black women by distinguishing them from white women and minimizing their beauty.

Instead of blending in with slave women, the free black women created all sorts of styles using the Headwrap, adding accessories like feathers and pearls using expensive colorful silk.

“The significance of the Headwrap is seen as a symbol of rebellion,” Antoinette said. “Using creativity amongst women who reinvented the Headwrap against the intentions of the Spanish government.”

From headdresses to slick hair to afros and dreadlocks, hair has been one of the most notable changes along with African American’s journey through history.

“My hair is my crown,” music major Jamiah Sandles says. “When I went natural I felt so free.”

“Nappy,” a word that was adopted to describe the short and tightly coiled of some African American’s hair, was used to negatively compare their textured hair to European’s hair. Today, African American women embrace this once derogatory word and give it a new light.

There is currently a resurgence of natural hair portrayal in pop culture as well as in movies, such as Black Panther, and magazine covers.

With so many different styles women find lots of way to change their hair. Afros from all sizes, Bantu knots, different types of braids, hair twists, and dreadlocks are some of the trendy styles today, some of which have existed throughout history.

Psychology major Kia Jackson explained a scale that distinguishes types of hair based on the curl, porosity, kinkiness, texture, etc.

“I’m 4C,” Jackson said. “I moisturize a lot, I can’t just go to sleep, I have to twist my hair, and do a whole lock routine, but I think it’s worth it”

Although hair is important to many cultures, African American women spend a lot of time, effort and money on their hair.

Senior Degree Audit Specialist and adjunct professor Terri Thompson said she spends a lot of time on her hair.

“It took about a good six months to a year for it to start locking,” Thompson said.

Today, African Americans are still fighting for their rights with movements like Black Lives Matter and they will continue to express their voice through music, art, fashion, politics, and even with their hair.

“We were pressured to shame our hair forever, we had to cover it up, plait it up, and all of it just strip us from any beauty, cause they want us to look ugly, to feel ugly,” Jackson said. “You don’t have to go natural, but you shouldn’t feel like you have to have a specific hair in order to do it for a job or be accepted.”