Stimulus checks arriving but not for all 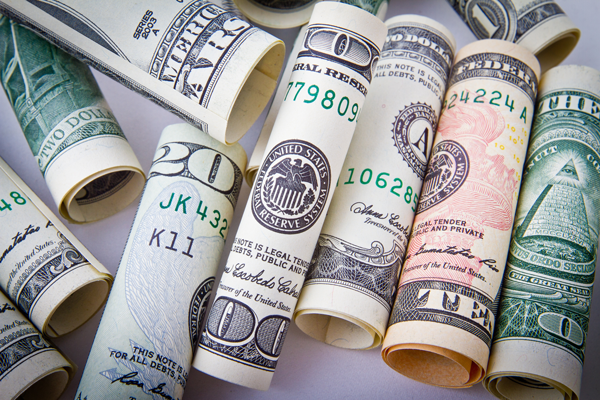 Many college students won’t be receiving the $1,200 stimulus checks from the IRS meant to give aid during the coronavirus pandemic.

In the weeks since the bill was passed, Twitter has turned into a firestorm of college students expressing their anger through the use of expletives. Some claim they were filed as dependents, even though they still work and pay bills such as phone and car payments.

College kids losing their internships, not being eligible for any stimulus checks and entering the job market in the midst of a recession. pic.twitter.com/TZQvt0GBBU

Some people have already begun receiving the money, but it could take months for the roughly 60 million people who did not use direct deposit on their 2018 and 2019 tax returns. Millions more Americans, including immigrants who do not have a Social Security number, will receive nothing.

The $2 trillion stimulus package passed by Congress and signed by President Trump would also pay up to $2,400 to married couples making less than $150,000. Couples with dependent children can receive an extra $500 for each child 16 and younger.

Dallas Congressman Colin Allred (D) was a supporter of the bipartisan Coronavirus Aid, Relief and Economic Security Act that passed the House on March 27.

“Our nation must come together to fight this virus, and now Congress has acted with a historic investment in our nation to help us weather this crisis,” Allred said in a press release. “This will provide much-needed relief to North Texas families, those who have lost their jobs, small businesses and our workers in impacted industries like our airlines and airports.”

However, there are major stipulations that could affect when you get the check, how much you get or whether you would get anything at all. There are four criteria that determine if you will receive a check. One of them is not being claimed as a dependent.

First, you must have a Social Security number. This criterion alone will disqualify millions of immigrants from receiving any form of stimulus.

You also must have filed taxes in 2018 or 2019 or have received Social Security payments. Some non-filers are also eligible. According to the IRS, eligible non-filers are those who “had gross income that did not exceed $12,200 ($24,400 for married couples) for 2019 or were not otherwise required to file a federal income tax return for 2019.”

If non-filers want to receive payment faster, they must go to the IRS website and enter their payment information so they can get their direct deposit stimulus check.

“People who don’t have a return filing obligation can use this tool to give us basic information so they can receive their Economic Impact Payments as soon as possible,” IRS Commissioner Chuck Rettig said in a press release.

It is important that non-filers give the IRS their payment information for faster transmission of the stimulus check because the IRS will otherwise not have any method of transaction considering non-filers have not filed taxes.

There is another stipulation that could cost you the stimulus check – being behind on child support payments. According to NBC News, this could disqualify “an estimated 3.3 million Americans with overdue child support debt.”

To qualify for a stimulus check, an individual must have earned less than $99,000, or $146,500 if you are the head of your household with one child, or $198,000 if you are married and filing with your partner and have no dependent children.

This criterion is important because the amount you will receive scales depending on your income. You will get the full amount if you earned less than $75,000 as an individual, $112,500 if you are the head of household or $150,000 for married couples filing jointly. If you make more than those amounts, you will lose $5 for every $100 you are over.

The IRS also extended its deadline to file and pay federal income taxes by three months to July 15.

“The IRS is committed to sharing information as quickly as possible about the economic impact payments and other tax issues related to the coronavirus,” Chuck Rettig said in a press release.

Correction: This story originally said: You will lose $5 for every $100 over the threshold you are, which begins at $99,000 for individuals, $146,000 as a head of a household with one child or $198,000 with married couples with no dependent children, in which case you will receive nothing. However, those amounts are the threshold that individuals will receive no amount of money, not when they will start losing money. It was updated on Thursday, April 16 at 9:18 p.m. to reflect the proper information.