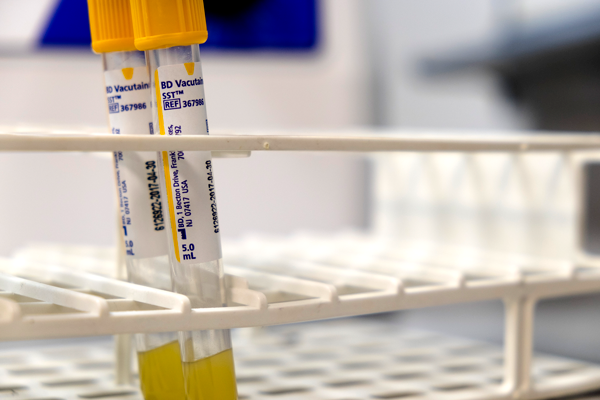 Not all programs offered through Continuing Education were able to transfer online due to the campus shutdown. Et Cetera file photo

Editor’s note: This report on Continuing Education programs is part of an on-going series by The Et Cetera on how campus departments are handling the switch to online classes and will be updated as more information becomes available.

Some Continuing Education classes will not return during the campus shutdown.

Tuition-based English as a Second Language courses will not be offered to students with the move to online-only classes, and some courses offered through Allied Health have been canceled.

The Police Academy is trying to move online, but it has to wait for approval from the state.

Most adult literacy and education classes, or WorkReadyU, will be offered. This includes GED preparation and ESL courses offered free to students through a grant.

The Journey Man Brewery program is already offered online and will continue.

Executive Dean of Continuing Education Alisa Jones said instructors and admins in CE are trying to keep constant communication with their students to address any concerns or issues with the recent changes.

[March 28, 12:50 p.m.] Most of the programs offered through WorkReadyU will go online and resume classes on Monday.

Some of the integrated educational training courses were not able to make the transition, but ESL and GED preparation courses will continue, and new GED classes that begin in April will be online. The difference between the ESL courses offered with WorkReadyU is that students get the class for free with a grant, and it uses a different curriculum.

The integrated educational training allows students to become literate in a certain certificate program, such as phlebotomy. Associate Dean of Continuing Education Cynthia Paschall said the courses that give assistance to programs like phlebotomy, which was canceled, will not transition to online since the certificate courses were canceled.

Paschall said all of the students who are returning to classes have elected to continue taking them online. She added that 60 percent of students who begin classes in April will be returning.

[March 28, 12:50 p.m.] Programs that were in session before the shutdown were able to transition to online, but two phlebotomy courses that were set to start in April were canceled, as was a CPR certification class.

Program coordinator Brenda Chance said the eight students who were enrolled in those classes in April were refunded and will be contacted to have first dibs when face-to-face classes resume.

“With Allied Health, there’s a lot of hands-on things you have to learn,” Chance said. “It’s not something you can get out of a book. … But considering the situation we have right now, at least they’re getting something until we can get back to … doing things the way we used to do them.”

Phlebotomy courses that were already in progress were moved online and will resume Monday.

Students in electrocardiogram courses will have to return once campus re-opens to finish the lab portion of their class, but Chance said the EKG program was still able to transition online and will resume on Monday. Medical billing and coding classes were also put online and will resume Monday. She said the certified nursing assistant program had already finished, so those classes were not affected by the move to online-only.

“We’re prepared either way it goes, because … the only two [courses] that got caught in this rapture would have been our phlebotomy courses and our CPR,” Chance said. “So we are in good shape considering what we have going on. And to only have to cancel three classes is really good.”

[March 28, 12:50 p.m.] Classes that began March 2 have been suspended, while classes that were due to start after spring break were canceled. Program coordinator Sonia Headley said they are waiting to see if face-to-face instruction will be able to resume before they cancel the other classes.

Students whose class was canceled were refunded their money and those on hold will receive a refund if classes are canceled.

Reasons for the cancellation and suspension include problems with teaching a language online and the program not using eCampus before this change. Some students also do not have access to a computer or Wi-Fi, Headley said. She added that there was an option for instructors to use an online component before classes went to online-only, but it was not set up.

Headley said the student population is diverse in ESL courses, with some having master’s degrees in their home countries to others who may not have completed more than a sixth-grade education. She added that making a transition to online with a wide array of students, some whose only access to email is their children’s accounts, would make it inequitable.

“That’s not to say that every ESL student is like that, but it’s a consideration I have to take because I don’t want to alienate that student that maybe doesn’t have those computer skills,” she said. “And so it’s difficult to try and figure out how to balance that out, especially when we’re all sheltered in place.”

[March 28, 12:50 p.m.] The program is planning to go online after limitations that restricted remote learning for police academies was lifted by the Texas Commission on Law Enforcement agency last week.

Program coordinator Cletus Judge, who is only in his second week at Eastfield, said they are planning to use the video conferencing application Zoom for lectures, but added that use of the application has to be approved by TCOLE before they can resume instruction. He added that he hopes to start sometime next week.

Judge said graduation will likely be pushed back since students will not be able to get the necessary face-to-face trainings, such as shooting practice, ride-alongs and other physical pieces of training. He said content training such as law can be taught online.

“Some things we just can’t get around, but we’re gonna do what we can,” Judge said. “I’m just praying that [in] three weeks we can all go back to work.”

Jones said some of the biggest student concerns have come from Police Academy cadets. She added that while there are components that can’t be taught online, CE might look at doing Saturday classes or other measures once the campus opens so the students can graduate close to the original date in June.