Opinion: Addiction is not a weakness, it’s a disease 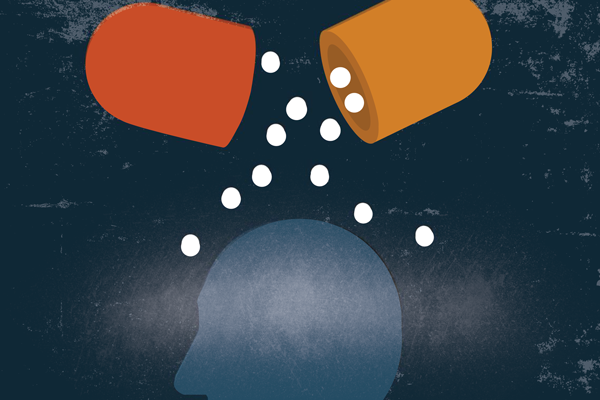 In 2009 the Drug Policy Alliance released a brief stating that thousands of veterans were addicted to prescription medications. Little did I know that I was one of them.

As a soldier, part of my warrior ethos was to never accept defeat. Treating addiction required me to accept defeat against my biggest enemy, my own ego. Like so many, I believed addiction was a form of weakness. Then I learned the hard way that addiction is a disease, not a weakness.

Most people can drink and know their limits. For someone like me, that is not an option. My body reacts to alcohol differently than the average person, yet my disease is still seen as a sign of weakness.

I am not weak. I am an addict, and I have a biological disease.

Living in recovery is a bumpy road. There is no graduating from the disease of addiction or any remission period. Each day of sobriety requires me to live in the moment, one day at a time. Like a diabetic craving sugar, I have to fight my own brain.

I wasn’t always an addict. Most of my life I have been a maternal figure, and I dedicated six years of my life to serving my country. Drinking became second nature while I was in the Army, but I knew when to stop.

Never in my life did I think addiction would get me in its tumultuous grip, but it did.

In fact, my problems did not start until I was in my 30s. After I left the Army, I waited many years before I got help from the Department of Veterans Affairs for post-traumatic stress disorder. I served from 1999-2006. I was 25 when I was honorably discharged. I was a single mother and the transition from soldier to civilian required me to be strong and tenacious.

I had a hard time finding a job that paid well so I had to work two jobs for many years. After the recession hit in 2008 things got harder financially. Anxiety attacks would hit me hard whenever I had down time to relax.

Everything that I went through as a soldier would wash over me like a deep dark secret creeping out for the world to see. Finally, in 2008 I swallowed my pride.

Doctors put me on several different cocktails of prescriptions that I became chemically dependent on. Then I mixed them with booze.

Eventually I found myself never wanting to leave my house to visit friends. I missed appointments and thought everything was OK because I paid my bills, took care of my family and there was always food on the table.

I started taking the prescriptions to alleviate severe panic attacks, then I was having them almost daily because I became tolerant and needed something stronger.

The first step is admitting there is a problem. When I did, I was met with the worst attitudes and criticisms. I was told I was weak.

Doctors and nurses would act like I was a burden when I said I needed help. They are medical professionals and know addiction is a disease, but many are so overwhelmed the last thing they want to deal with is a person going through detox. I had to stay firm in my resolve to get off the pills.

No rehab would take me because I had no insurance. The facilities that were state run were full and told me I had to wait for an opening. So, I went to the VA hospital for a 72-hour detox. Detoxing is akin to visiting the ninth gate of hell, but I did it.

I learned by talking to chemical dependency counselors that addiction is a disease of the mind, body and spirit. In recovery I learned I am biologically different. The reward system in my brain is wired differently. That is the part of my disease that many don’t understand. I found a 12-step meeting.

Through helping other addicts, I was able to get out of my own head and start thinking about others before fixating on my own withdrawals. Working with a sponsor helped me realize my addiction is just that, mine. Only I can keep myself sober, even if others believe I am weak.

It is time to remove the stigma that addiction is a moral weakness. If this stigma is not lifted, more will fall into the trap of addiction.

—Natalia Montoya is a contributor and an English major


It’s great to hear about this from someone who knows firsthand what it is and how it feels. Many people judge addicts as bad and nasty people without knowing anything about the subject and that’s not right.


Very well said & well written! We are bad people, we are sick people trying to get well! Thank you for sharing your experience, strength and hope!