Holiday breaks are a time to relax, stuff your face and chill with some Netflix. With the recent addition of Disney+ to our streaming services selection, the viewing possibilities are endless and nostalgic. If you’re looking for something fresh (or old) to binge over the break, here’s a list of some new releases, classics and holiday movies and shows that you can find on one of the big four streaming service sites. 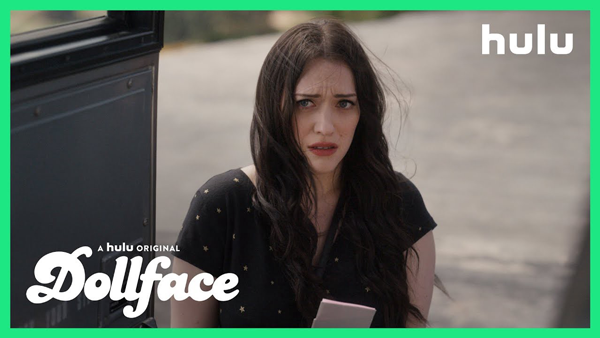 Hulu’s latest original series stars Kat Dennings as Jules, a young woman recovering from a breakup who must relearn what it means to be a friend to other women.

The show also features Brenda Song from “The Suite Life of Zack & Cody” and Shay Mitchell from “Pretty Little Liars.”

Ladies, if you need a good show to watch and sip wine with your besties, this is it. 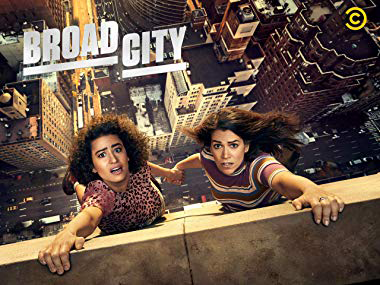 With the holidays approaching, most of us are heading back home to face family members asking us questions like “how’s school?”, “when are you graduating?” or “when will you get married or have kids.” This is the show that always makes me feel OK with where I’m at in life even if I’m moving at a slower pace than others around me. Throw in some of Abbi and Ilana’s crazy antics and it’s couch potato bliss. 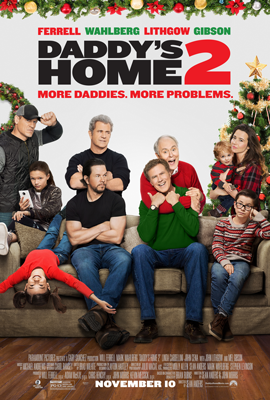 This film always gets me pumped for the holidays and perfectly shows how complicated family relationships can be.

Plus, anything starring Will Ferrell is a winner and when you throw in a singing John Cena it makes for a heartwarming comedic end to a hectic day with family. 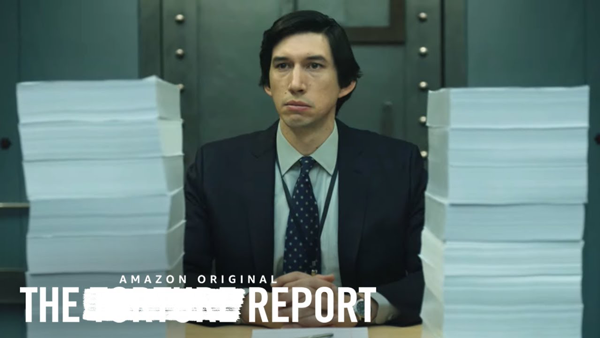 This one is quite different from the rest, but I like a little variety.

It’s the perfect escape for when you need a little drama and excitement during the lulls of free time. 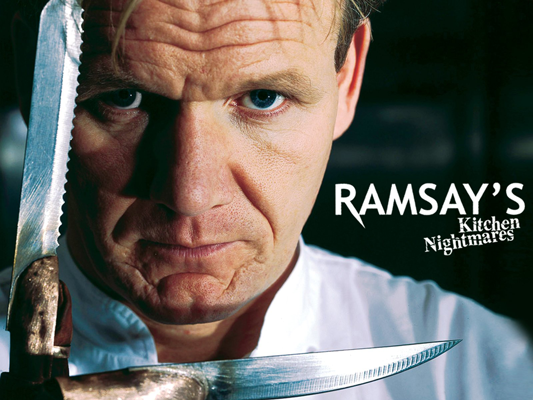 If you’re anything like me and try to steer clear of the kitchen until it’s time to load your plate, then this is the show for you. Gordon Ramsay will make you feel as if you attempted to help him cook in the kitchen with the way he belittles the food and the people making it.

Why get yelled at by mom and granny when you can watch Gordon roast strangers all while never leaving the couch.

Holiday: Jingle All the Way 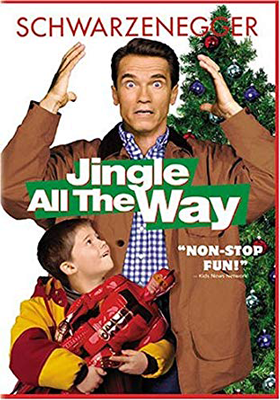 Howard Langston, played by Arnold Schwarzenegger, tries to get his son the hottest toy of the holiday season, TurboMan.

However, every store is sold out and he must travel all over town to try and beat all the other parents who waited until the last minute. Langston tries everything, except for buying the toy early, from attempting to win the toy at a radio station to buying a counterfeit TurboMan.

The ultimate tale of the chaos that our parents probably endured to get us our perfect Christmas present; and showing us that the season is all about being grateful. 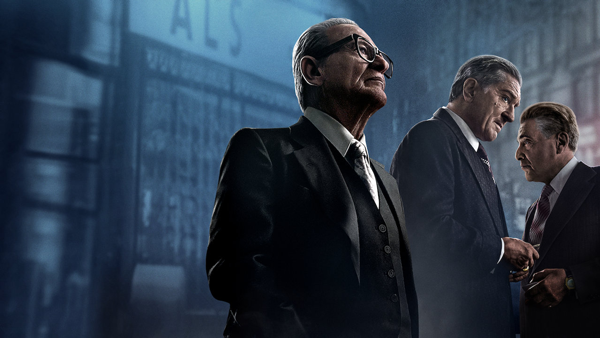 One of the most anticipated Netflix original’s of the year by acclaimed director Martin Scorsese, this film even had a theatrical release before making its way to the platform on Nov. 27.

In this 3-and-a-half-hour crime drama, hit man Frank Sheeran, played by De Niro, looks back at the secrets he kept as a loyal member of the Bufalino crime family. It’s perfect for when you’ve had much too much food and need a good rest while letting that turkey digest. 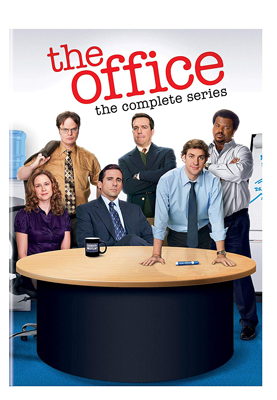 By far my favorite show of all time. I need to watch something else already. However, the holidays make me want to specifically watch every Christmas episode on a loop. I mean how else will people know that all of my Christmas presents can and should be “The Office” related or understand all the references only a true fan would know? 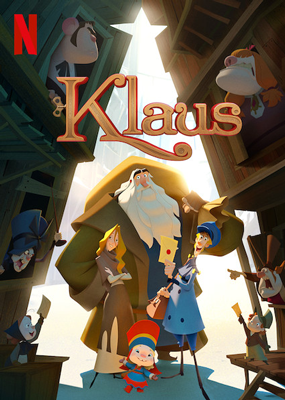 The new animated Christmas movie by Netflix is perfect to bring out the kid in all of us. A simple act of kindness always sparks another, even in a frozen, faraway place.

When the town of Smeerensburg gets a new postman, Jesper, who befriends a reclusive toymaker named Klaus, and together their gifts melt an age-old feud and deliver a sleigh full of holiday traditions.

This film gives a new spin on a typical Christmas story about friendship, love and the spirit of Christmas. 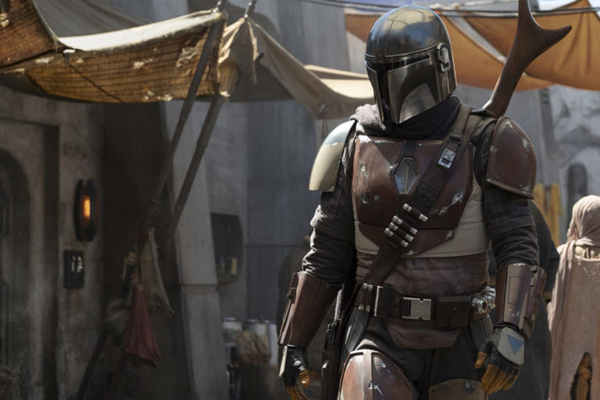 The first live-action Star Wars series available on Disney+ is set about five years after the fall of the Empire, before the rise of the First Order. “The Mandalorian” is an exploration of a new era in the “Star Wars” universe.

While there are some tattered remains of Imperial rule, the focus of this story is far from where we left off in Star Wars: Return of the Jedi. The race of people from the planet Mandalore, first conceptualized as a group of white-armored “supercommandos.” Plus, you get to see what looks like a baby Yoda, and that is the cutest gift that keeps on giving. 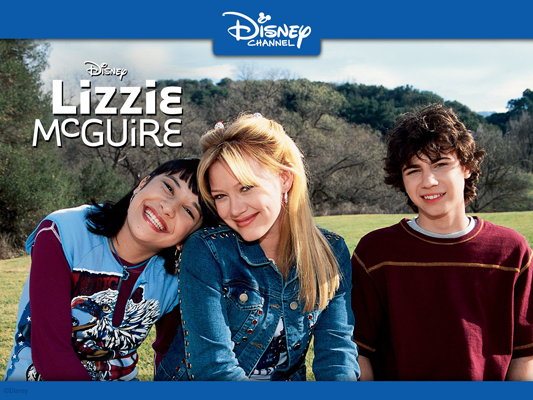 With the reboot of Lizzie scheduled sometime in 2020, submerge yourself in the nostalgia of our younger years. If you’re missing the days of Ethan Craft, outfits we can’t believe we wore and cameos from Aaron Carter, then this is perfect for you. Also, what better way to get pumped for her return?

Holiday: Mickey’s Once Upon A Christmas 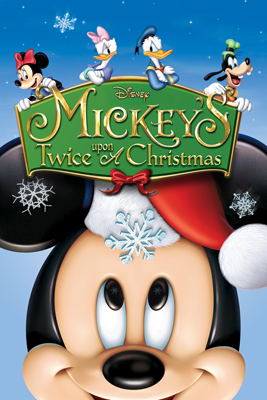 This is a Christmas-themed, three-part film tied together with narration by former “Frasier” star Kelsey Grammer, that gets everyone in the holiday spirit with the help of some beloved characters. The first part, “Donald Duck: Stuck on Christmas”, is essentially a retelling of “Groundhog Day,” with Huey, Dewey and Louie, Donald’s nephews and Scrooge McDuck’s grandnephews, reliving Christmas on a loop.

Next is “A Very Goofy Christmas,” in which Goofy tries to overcome his son, Max’s, skepticism about Santa Claus. After posing as Santa and blowing the whole lie then mistaking a robber for the real Santa, Goofy loses faith himself and it is then Max’s duty to restore his father’s beliefs. Finally, “Mickey & Minnie’s Gift Of The Magi” recreates the classic tale of Christmas selflessness.

Mickey wants to get Minnie a gold chain for her watch and Minnie wants to get him a case for his harmonica. They both work to try to buy these things for each other and ultimately end up selling both the watch and the harmonica to buy the other’s present.

It’s a story that proves that it really is the thought that counts.

Thousands of women, men and children participated in the fourth Dallas Women’s March on Jan. 19. This year the march celebrated the 100th anniversary of the 19th amendment, which was ratified to the U.S. Constitution […]

By HUNTER GARZA @HunterTateEtc The social sciences department was prepared to transition online in case of an emergency. Associate Dean and psychology professor Dora Falls-Saucedo said that the pandemic was not one of the reasons […]

A small look into the big roles women play at Eastfield

In honor of Women’s History Month, Et Cetera reporters spoke to nine women leaders at Eastfield about their greatest accomplishments, challenges they overcame, the women who influenced them and the advice they have for young female […]