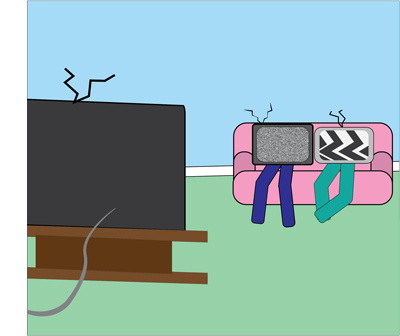 One of my favorite things to do after a long day of work, school or errands is to come home, change into my PJs and turn on some reality TV. There are so many options to choose from now, but the first modern reality show was “An American Family,” which came out more than 30 years ago. Reality TV didn’t rise to prominence until the late 1990s and early 2000s with favorites such as “Survivor,” “The Real World” and “Flavor of Love.” These are my picks for the top 5 most influential reality TV shows. 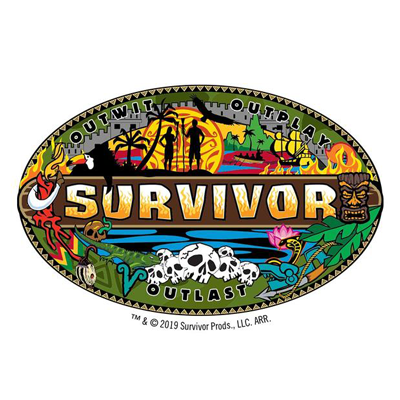 It only seems fitting to start with the show that introduced us to something we had never seen before: Sixteen contestants stranded in a remote location, all competing for the grand prize of $1 million. It’s far different from “Keeping Up With the Kardashians,” but the fact that it’s still on air almost 20 years and 39 seasons later speaks for itself.

Favorite scene: Susan “Sue” Hawk comparing her fellow contestants to snakes and rats in the final episode of the first season. Hawk gives a speech thanking family and friends, but after the gratitude came the anger. “This island is full of, pretty much, only two things – snakes and rats,” she said. “And in the end of Mother Nature, we have Richard The Snake, who knowingly went after prey, and Kelly, who turned into the rat that ran around like rats do on this island, trying to run from the snake. I believe we owe it to the island spirits we have come to know to let it end in the way that Mother Nature intended: For the snake to eat the rat.”

The show followed two best friends, Hilton hotel heiress Paris Hilton and Lionel Richie’s daughter Nicole Richie. The plot changed from year to year, but the one constant was that these two “spoiled rich girls” were taken out of their lavish lifestyles and thrust into a life without credit cards, cell phones and money. Lasting only a short four seasons, we follow the girls (including Paris’ dog Tinkerbell) as they embark on their adventures while working minimum wage jobs and hanging out at Wal-Mart (because they sell walls there, duh).

Favorite scene: Paris and Nicole are ready to wash their clothes but are soon hit with the fact that their new home doesn’t have a washing machine. They then figure out that this means they must take their clothes to a laundromat, which they soon find out means you have to actually wash your own clothes.

Favorite scene: On the Season 6 finale of RHONY, housewife Aviva Drescher, who is famously known for wearing a prosthetic leg, took all the women (and America) by surprise when she took off her prosthetic and slammed it on the table, yelling, “The only thing artificial or fake about me is this!”

Probably my least favorite of all the reality franchises is “The Bachelor.” However, personal preference aside, there is no doubt that this show is one of the most influential of our generation, despite the constant kissing close-ups. Thank you, but no thank you. The show, hosted by Chris Harrison, introduces us to the new Bachelor, who is met with 25 contestants competing for his love. With its mega fan-base, Bachelor Nation and multiple spinoffs (“The Bachelorette,” “Bachelor in Paradise”), it’s easy to see why this show is so popular.

Favorite scene: In the most recent season finale of “The Bachelor,” Colton Underwood believes he has found love with one of the contestants. She ends things and decides to leave the show, to which Colton responds, “I’m [freaking] done!” He pushes a cameraman to the side and jumps over the fence of the mansion. The rest of the episode is the producers as well as Harrison looking for Colton in a complete frenzy. This scene was used as a promo before the season premiere even aired.

This list wouldn’t be complete without the mention of a Kardashian. The show takes us into the everyday lives of the Kardashian-Jenner family, which gained notoriety due to Kim and her close relationships with A-listers such as Paris Hilton and Ray J. The Kardashians, with the help of producers and “momager” Kris Jenner, turned one bad situation into a seemingly never-ending honeypot. The success of the show is directly related to their “reality,” and they are reality professionals.

Favorite scene: When middle child Khloe is arrested and thrown in jail, the family heads to the jail to bail her out. However, sister Kim sees this as a perfect selfie opportunity, to which her mother replies, “Kim, would you stop taking pictures of yourself? Your sister’s going to jail.”

This show set the tone for the idea of reality shows that we have today. Each season, series producers choose a group of seven to eight people in their mid-20s to early 30s to live together in a major city. The series shows their unscripted, random interactions with each other and their new city. Each season focuses on a different group and city. The first season came out before I was even born, so what would a list of the most influential reality shows be without the O.G.?

Take a dive into these local watering holes