Electric cars are pricey yet save environment 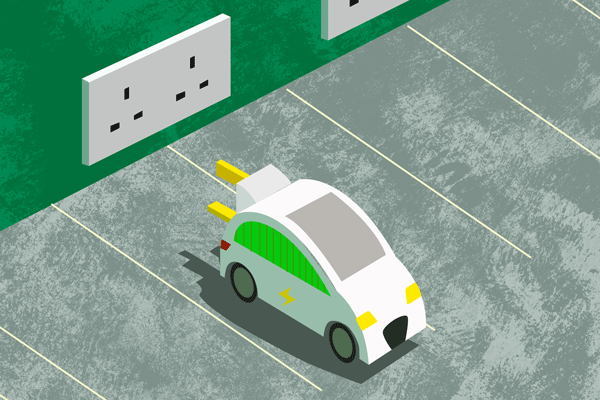 Now that electric cars provide a more environmentally friendly option for driving, why do people ages 18-20 constitute only 1.4 percent of the people who are buying, according to a 2017 survey conducted by CarMax? And in the age range 21-29, why is it only 9.1 percent?

Granted, the cheapest electric car is $24,650 (a 2018 Smart Fortwo Electric Drive) and requires three hours to become fully charged and needs specific charging stations outside one’s home. But with cheaper options like the Chevy Spark, with a listed price of $15,195, yeah, you won’t catch your college student rocking even the cheapest electric vehicle available, let alone a Tesla, anytime soon.

Instead of buying cars that help decrease damage done by carbon emissions, these age groups are opting out for fossil fuel powered vehicles. This is a problem. Having a vehicle fulfills many needs. It’s an efficient method of traveling. It’s a private area where you can relax to the beat of your favorite song.

It’s a one-way ticket to lover’s lane. But it’s also a symbol for identity. In today’s world, if someone does not have a car, they miss out on many things.

If they do decide to go with them, they do it knowing that they must face the embarrassment of asking for a ride. Their power is gone.

It now lies in the person taking them home. Owning a car is essentially showing the world that you have it under control, that you’re going somewhere, literally.

But as much as being viewed in this way raises self-esteem, it’s not a good reason for why the world should suffer for it. While pricing is a factor as to why not many college students and high school students get these cars, at those prices, is it even worth it? Maybe not.

Traveling outside city limits to attend a college or a university might be good reason for owning a car. But what if a parent or a family member already owns one? They could simply borrow it and use it only when they actually need it.

But with a more environmentally aware population, thoughts like these might emerge: I should go to school in my city or state, that way I won’t have to travel far and use a car; while I am looking to go somewhere to have fun, I should consider local options and now I can go out more often since I don’t have to travel a lot.

Surely enough, cars are needed. This will not change so long as technology improves how society works.

Getting the electric car would just simplify things. But since it’s costly, we have to be inventive. However, it does not mean lose our integrity.

Nothing is keeping anyone from getting an electric car once they can afford it and have a career. Not doing so would be showing a disregard for the Earth’s stability and the future generations that will also call it home. If you can get it later, but not now, why not? It’ll still be OK.