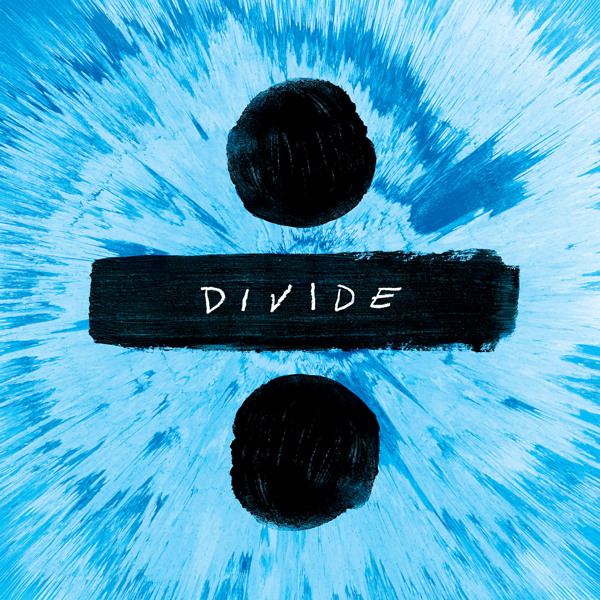 Ed Sheeran’s new album “Divide,” released March 3, features 16 diverse tracks that cover him finding his place in the music industry, revealing his family history and finally finding the right girl. While I didn’t enjoy every song, there’s no denying “Divide” is a well-crafted album.

“Divide” broke the record for most Spotify streams on release date with about 57 million streams, double the previous record holder, The Weeknd’s “Starboy.”

The songs go from rap in “Eraser” to a ‘60s ballad in “Dive” to folk in “Nancy Mulligan.” “Galway Girl,” which I predict will be the next single off the album, is a strange mixture of Irish folk, hip-hop and pop that comes together in a simple but incredibly catchy song.

I had trouble relating to or finding deeper meaning in most of the other songs on the album because, although they have personal details, the majority of the tracks lack poetic lyrics. The only poetic song I found is “Supermarket Flowers,” which is about his grandmother’s death told from his mother’s perspective and has great imagery.

Sheeran also seems to follow the same formula as in his previous album, “Multiply.” The upbeat “Barcelona” and angry “New Man” follow the same emotional and musical patterns as their “Multiply” counterparts, “Sing” and “Don’t,” respectively. The slow and sappy ballads “How Would You Feel” and “Perfect” off “Divide” seem to be Sheeran’s attempt at replicating his “Multiply” hit “Thinking Out Loud.” The variety of songs and styles offers a larger selection for radio hits, which Sheeran clearly had in mind when creating this album.

This is a great way to play the system, but I feel like Sheeran has censored himself. He could have easily created explicit songs if he wanted to and has had previous success with explicit tracks. Instead, Sheeran chose to insert an “mmm” sound where an f-bomb was clearly supposed to go in “New Man” and avoids other curse words throughout the album.

To me, this detracts from the angry attitude of the song. Instead, we get a vivid visual description of the ex-girlfriend’s “new man” that suddenly loses its momentum when it comes to the chorus.

Another issue with “Divide” was the specific song “What Do I Know?” in which Sheeran asserts that we can fix all problems in the world with music, and people should stop worrying about the economy and focus on loving and understanding one another.

While music has far-reaching effects, it is not the solution to everything, and Sheeran sounds like a Barney-loving 6-year-old who is completely unaware of the current turmoil in the world. It’s great to love your career, but that doesn’t make it OK to bash other people. I lost a little respect for Sheeran when I heard “What Do I Know?” The answer: not a lot about the real world.

While Sheeran has followed a mathematical theme with his album names, his previous albums being “Add,” “Multiply” and now “Divide” (perhaps his fourth album will be “The Quadratic Equation”), I can see how the title relates to the work as a whole. In the first song, “Eraser,” Sheeran talks about how he was suddenly thrust into fame and how at odds he is with the person he has become through his success. Throughout the album, the recurring themes of family and unconditional love shows Sheeran is trying to separate who he truly is from the person seen by the world. He acknowledges his past, present and future so he can divide himself into those parts and greater understand the whole, which is apparent in his concluding song, “ Save Myself.” This final track explores the ways in which people have taken advantage of Sheeran and how as much as he wants to help people, he must help himself first.

This is a personal, diverse album that is sure to have some hits, but the fact that Sheeran censored himself by designing each song to be a radio hit makes me lose some respect for the album.

[READ NEXT: ‘In The Next Room’ creates comedy out of sexual taboo]