Is Eastfield ready for Campus Carry? 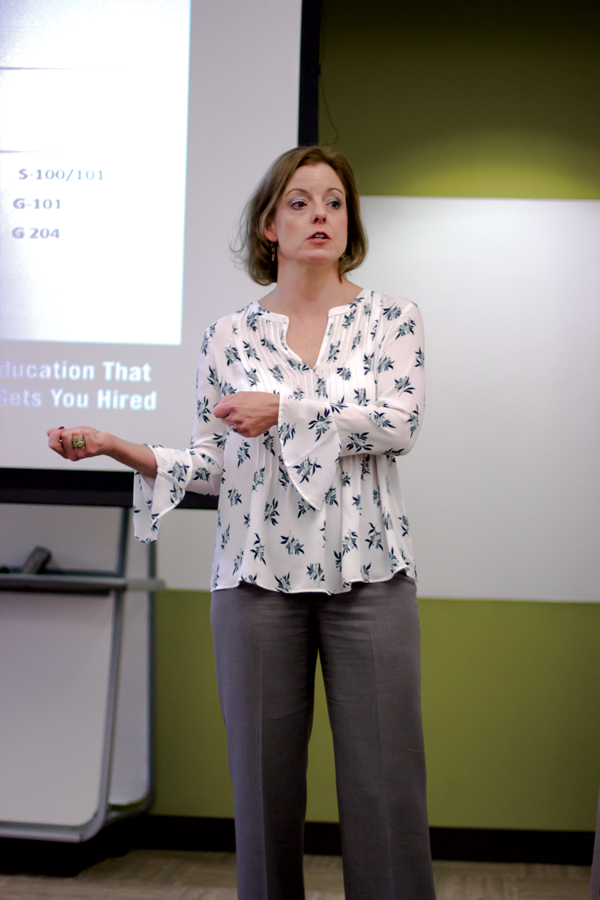 With campus carry going into effect Aug. 1, Eastfield and Dallas County Community College District officials are under pressure to finalize policies for guns on campus.

The law allows for colleges to set a limited number of gun-free zones based on safety concerns. K building, where the campus day care is located, will be exempt from the law.

Chancellor Joe May said he expects suggestions will be presented to the Board of Trustees by April and that gun-free zones should be finalized in June.

The district is required to approve gun-free zones for each of the seven campuses.

Rob Wendland, DCCCD general council, said the district has been making plans for the law since it passed in 2015. He said they’ve been watching how four-year colleges have handled restrictions.

“If we say, ‘We don’t want guns in any of our classrooms,’ that would be considered a general exclusion because it encompasses a lot of real estate,” Vance said. “Same thing with faculty offices.”

Vance said some of the suggested zones include the chemistry labs, the micro-biology lab, parts of T building, the financial aid office, advising, counseling and other areas that may be considered high-stress environments.

She added that the committee would like W building, where the police academy is located, to be excluded as well.

“They have some kind of simulation where it’s like you’re at a firing range, but it’s not real bullets,” Vance said. “Even though there may be signage on the day of the events, someone may not pay attention to the signs, walk in, believe it’s real and use their real gun to ‘save the day.’ ”

She added that regular training drills in the halls, where police cadets may be shouting, could cause stress or confusion.

The attorney general has ruled that dual credit and early college high school programs at colleges – such as those at Eastfield – do not exempt those campuses from campus carry.

“While there are some obvious decisions that I think we could probably predict what would occur, there are other inputs that, without hearing from people, we just simply wouldn’t have thought of,” he said.

Forums and surveys are expected to continue through February.

During a Jan. 10 forum where the Campus Carry Committee asked faculty for suggestions, English professor Michael Morris asked if the district would provide professors with weapons, training and ammunition as well as extend health benefits to cover counseling or support to the families of “inevitable victims.”

“I’m interested in knowing what money the district … will spend to offset costs to instructors who have been forced to work with firearms in their classrooms against their better judgment,” Morris said.

Matt Hinckley, history professor and the president of the Eastfield Faculty Association, said despite concerns about safety and comfort, he does not expect faculty or students to leave the college.

May said that the district intends to find ways to ways to make sure the DCCCD community feels safe and comfortable on campuses, including training.

“One of the things that’s become clear from the conversations is that people have asked for training themselves,” May said. “If it’s being asked for, I’ll tell you we will make that available as soon as we figure out the best route to go and how to meet the needs of individuals.”

Paul Gonzales, a student at Eastfield, said he’s not concerned at this point.

“It’s supposed to be concealed, so I don’t think anything will change,” Gonzales said at a Feb. 2 student forum on campus carry.

May said the DCCCD is consulting with four-year universities, where the law went into effect in Augiest 2016, for input on implementing it.

The only incident involving campus carry since its implementation was an accidental discharge in a Tarleton State University dormitory.

Enforcement and security
Vance said it could be tricky to enforce gun-free zones.

“There won’t be a way to determine if someone is carrying in a non-carry zone unless they violate the law by taking it out,” Vance said.

DCCCD police commissioner Lauretta Hill said she will be looking into ways to enforce gun-free zones once the district adopts its policies.

Hill said she does not believe campus police will need much additional training because they learn how to handle situations involving a gun or a suspected gun in their regular training.

Campus police expect an increase in calls in the early months of enforcement, but they will be well prepared, Hill said.

Officers will respond to all calls and have the right to ask anyone carrying a gun to show the proper license. Hill said police officers are the only people authorized to require anyone to produce their license to carry.

Anyone who has a gun without a license to carry or is found carrying in a gun-free zone will be arrested.

“I’m confident that as we go through as a district, as a whole, that we will have the staff understanding what the policy is, what we can and cannot do,” Hill said. “We’re already well aware of the laws as it comes to a license to carry outside campus, so our officers will still be able to perform accordingly.”