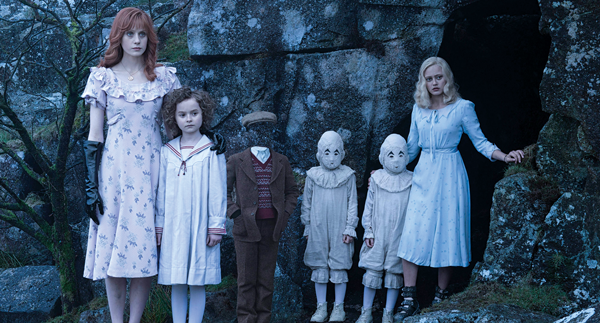 It’s been some time since I’ve watched, much less enjoyed, a Tim Burton film.

Faced with the task of keeping my eyes in their respective sockets during a screening of Burton’s latest vision of spirals, white make up and sunken eyes in “Miss Peregrine’s Home for Peculiar Children,” I decided to do some well-deserved research on the film.

However, upon realizing the project placed me between a rock and a hard place, I quickly decided against it. Instead, I opted to go in blind and pray that I would not come out the same.

This movie has absolutely no redeeming qualities.

Despite source material that was fairly well received, a director who was – for a time – tried and true, and a screenwriter with more than a few hits under her belt, “Miss Peregrine” falls flat on every level.

Where there’s smoke, there’s fire, and I should have known to avoid the flames of Burton’s formulaic film philosophy before I was burned.

I would have rather watched YouTube ads past the five-second mark for two hours on loop than to have watched this movie.

“Miss Peregrine” follows Jake Portman (Asa Butterfield), a dark-haired introvert who has a not-so-rock-and-roll relationship with his dad and just can’t seem to fit in anywhere. When he finds himself on a mysterious island that hosts the bedtime stories of his youth, Jake realizes the stories may have been more than just tall tales.

What began as a garbage first act quickly developed into an unfortunate mid-section that was thankfully followed by dark and quirky end credits.

I have no clue who the intended audience is. Fans of “Beetlejuice” and “Edward Scissorhands” have learned over the past decade to be wary of anything hovering below the Burton moniker.

There isn’t a single instance of humor that carries over to an adult audience, and this probably isn’t one for the kids, unless of course the goal is to freak them the hell out.

The only shared trait among the audience members was that we all were facing the same direction and wanted very badly to be facing another.

The film’s failure to find an audience isn’t the byproduct of poor direction alone. The failure is instead built atop a by-the-numbers screenplay and a safe carousel of frequent Burton collaborators.
“Miss Peregrine’s Home for Peculiar Children” is truly and unforgivably boring.

Every beat of the film from our hero’s introduction to the villain’s comeuppance is more predictable than the last.

With the promise of Butterfield in the leading role, “Miss Peregrine’s” fails to take full advantage of the cast at its disposal. Butterfield, with a track record including “The Boy in the Striped Pajamas” and the Scorsese-directed “Hugo,” does not live up to his capacity as an actor.

Butterfield’s performance instead follows the trend of phoned-in, paycheck performances we’ve come to expect of an actor in a film based on young-adult fiction.

The titular Miss Peregrine (Eva Green) is on screen for a cumulative 20 minutes, while her foil, Mr. Barron (Samuel L. Jackson), occupies only half the amount of screen time afforded to Green.

Thankfully for the film’s budget,  both characters are gifted with the ability to change form, allowing less expensive actors to take their places for a majority of their time in the film.

While the few minutes in which Jackson appears are a pleasant and welcomed distraction from the shabby production surrounding him, he inevitably delivers a performance so bland, he gives me the impression he wanted to be in the film as little as I wanted to be watching it.

There’s not much to be said on the subject of peculiarity, as the film features little to no gratuitous or super-powered peculiar child-related action.

While “Miss Peregrine” attempts to recapture some of that old Tim Burton lightning in a bottle, any moment of true peculiarity comes across as downright disturbing.

The film proves once and for all that lightning does not, in fact, strike twice.

Miss Peregrine’s Home for Boring Kids Who Don’t Do Much of Anything is set for wide-release  Sept. 30.

The weekend, unfortunately, would be better spent revisiting “The Nightmare Before Christmas” for the 16th time — a film that proves Burton’s ideas are best served with a better director at the helm.