In August 2014, Ferguson, Missouri, erupted into a scene reminiscent of the time of the Black Panthers, Rosa Parks and Martin Luther King Jr. Fifty-five years after the civil rights movement, the country’s great divide exposed itself again.

America watched as crowds demolished cars, looted businesses and set fires in the streets. Within those same streets, thousands of people walked together with their arms stretched above their heads chanting “hands up, don’t shoot”.

The hashtags #BlackLivesMatter and #HandsUpDontShoot flooded popular media outlets and have ignited protests stretching from Oakland, California, to the subway system of New York City, with millennials leading the way. These events have opened a national dialogue about topics that have been considered off-limits in the past. This begs the question: Is racism still just as problematic now as it was 50 years ago?

America has battled a strenuous war with racism since its formative years. The U.S. stripped the land it claimed from Native Americans and imported slaves from Africa and the Caribbean.In a recent poll, 30 students at Eastfield were asked if race is still an issue in America. Twenty-eight responded yes while two said no. The same group was later asked if race is an issue on campus, and only one said yes.

“I’m Hispanic, so I had a customer at work one day and he asked me what my name was,” nursing major Doug Castillio said. “I told him my name was Doug and he says, ‘Oh. You look like a Jose to me.’ ”

Not all who were interviewed agree that racism is still an issue.

“To some people, yes,” Damariz Martinez, an undecided major, said. “I guess it depends on that person. I’m not the type of person who hangs out with one type of ethnicity.”

Racism has evolved over the years. Its perpetrators have become more subtle, said Jose Lopez, a science major.

“It’s more progressive in a way,” he said. “If there is racism happening, it’s not as apparent. I think it’s more subtle. It’s not as violent as it used to be. Before it would have been just avoidance of a race, then it was just full out violence.”

What most Americans don’t recognize is the difference between race and ethnicity. Ethnicity is often times what people are referring to when they say race, said Dr. India Stewart, a sociology professor.

“Race isn’t a real thing. It’s what we call a social construct,” she said.
“It’s an idea, but we know it’s not biologically true. But because people perceive it to be true, then people regard it to be true.”

Racial grouping, like most classifications, creates an environment for people to comprehend and digest ideologies on a much more comprehensive scale.

Racial stereotyping isn’t necessarily done with malicious intent, Stewart said, but is part of human nature. However, racial stereotyping coupled with factors such as fear or worry can produce discrimination on a much larger and insidious scale. 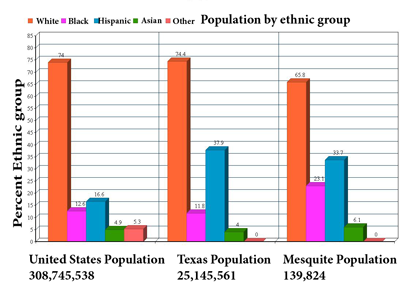 Recently, a nationwide debate has evolved over a series incidents where white police officers killed black men. In response to the deaths, FBI Director James B. Comey said that unconscious racial bias is part of human nature, but he acknowledged that police officers must develop methods to suppress it.

“At many points in American history, law enforcement enforced the status quo, a status quo that was often brutally unfair to disfavored groups,” he said in a speech at Georgetown University last month.

However, racism is not exclusively white on black or black on white. Latinos have become the target of racial stereotyping in recent years. This is particularly in Texas, Arizona, New Mexico and California, where immigration laws have been a hot topic.

According to the American Civil Liberties Union, Arizona Senate Bill 1070 allows police officers to request immigration papers from people suspected of being in the country illegally. Critics argue this law is discriminatory because it doesn’t define what “reasonable suspicion” is, suggesting it is based on racial profiling.

Economics play a large role in the underlying issue of racial stereotyping. In cities where the national minority transitions into dominance, these sectors of the city are generally poor.

According to the U.S. Census Bureau, Hispanic and Latino people account for 16.6 percent of the national population and blacks for 12.6 percent. 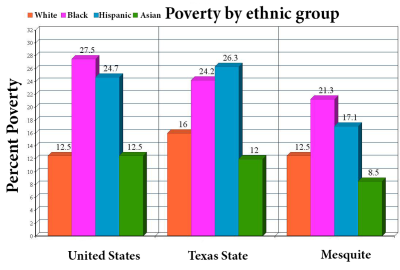 Social media has created a platform for human rights activism that doesn’t require the organized meetings that were commonplace during the civil rights movement of the 1960s. Twitter has allowed millions of Americans to know times and locations of protests within minutes, triggering much larger numbers at events than word of mouth created during the previous movements.

“I think that the Internet has also made us more tolerant,” said Richard Hefner, a business major. “It’s given us access to more things to see clearer and why the world is the way it is. It’s a great way to educate yourself.”

Twitter users number 645 million with an average 58,000 tweets per day, according to Statistic Brain Research Institute.

“We live in a 140-character culture,” Reguero said.

But social media has a less virtuous side. Memes depicting racism and stereotypes spread rapidly among networks. The more clever the meme, the more attention its creator or user gains.

“In person no one’s going to say anything to you,” said student Gloria Morales. “There are very few people who will actually say something racist to your face. But online people think that because they’re behind a screen, it’s OK to say whatever they want.”

“Being in an academic environment exposes students to different cultures and beliefs,” she said. “Exposure educates students.”

Resolving America’s past of racial discrimination and injustice has proven to be a marathon, but it’s not an impossible feat, FBI Director Comey said.

“We all need to talk, and we all need to listen, not just about easy things, but about hard things too. Relationships are hard,” he said. “Relationships require work. So let’s begin. It is time to start seeing one another for who and what we really are.”