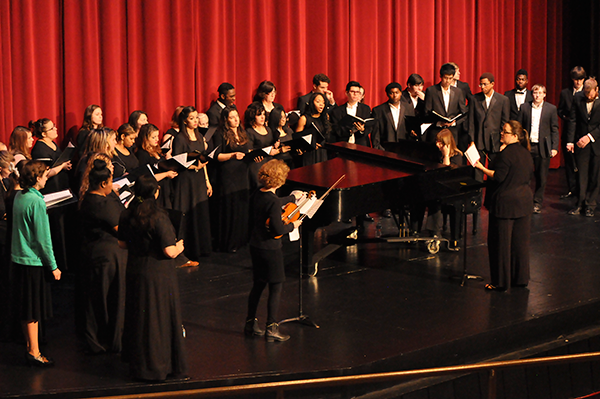 The Eastfield College Chorus, under the direction of Melinda Imthurn, joined other Dallas community colleges in a special performance April 12 with the Irving Symphony orchestra, performing the “Carmina Burana.”

“Carmina Burana” is a book collection of poems and songs from German composer Carl Orff.

Imthurn said she was proud of her students, acknowledging that learning musical pieces in a different language is not an easy task.

She said some of her students had no previous musical instruction before her class, so their performance with the Irving Symphony was a big jump for them.

The chorus also performed with Weatherford College on April 30 during the Literary and Fine Arts Festival in the performance hall.