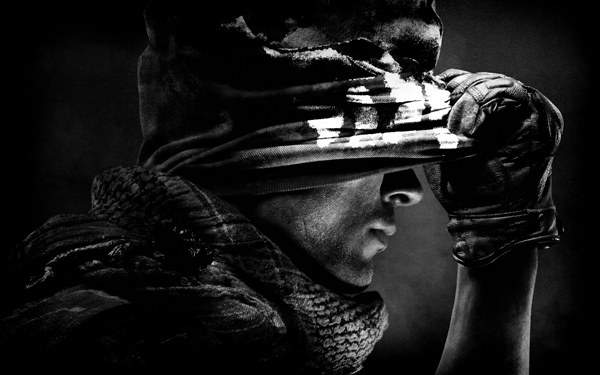 Over the past few years, the “Call of Duty” franchise has become the unwitting poster child for the avalanche of unimaginative and high-budget, triple-A cash cows unleashed upon us every holiday season. Like fast food and summer blockbusters, these games tend to have little or no substance or originality and are considered the epitome of blandness by the gaming community at large.

Personally, I’ve always thought the reputation was largely undeserved. The series definitely has an audience, and few of its detractors ever acknowledge the surprisingly competent storytelling of “Black Ops” or the attempt to revitalize the stagnating formula with “Black Ops II.”

Having said that, “Call of Duty: Ghosts” is just the sort of game the franchise’s critics were expecting. It is flashy, but bland.

It’s a decent way to spend a weekend, but it does very little to distinguish itself from the war shooters of the last decade. “Ghosts” is an exercise in mediocrity, an uninspired, formulaic and ultimately forgettable entry in an otherwise perfectly respectable series.

Set in an alternate universe where the Middle East is destroyed by nukes, “Ghosts” takes place after the oil-rich countries of South America form the villainous Federation. With its newfound power, the Federation invades and conquers Central America, and is in the process of taking over America.

In response, a United States Special Operations unit known as the Ghosts is formed, led by retired U.S. Army Captain Elias Walker. Its members include Walker’s two sons — Logan and David — and a combat-trained German shepherd named Riley. After the Walker family narrowly escapes a Federation-led kinetic bombardment of San Diego, they set out to destroy the Federation and save what remains of the country.

The single-player campaign is divided into a number of missions and objectives, each of which are treading familiar ground. There’s a sniping mission, a stealth mission, a mission where you fire from the back of a vehicle as enemies pursue you — we’ve seen it all before. By no means is the gameplay bad, but it is a strictly paint-by-numbers affair.

The game’s main attempt to stand out is the inclusion of Riley the dog, but even that manages to be disappointing. You can sometimes control him and sometimes direct him to attack with a human player character, but what little novelty it has wears off quickly. It’s certainly not enough to carry an ultimately tepid game.

Multiplayer fares slightly better, but it still isn’t anything we haven’t seen before.

At the end of the day, “Call of Duty: Ghosts” is adequate. Everything functions properly, but it just feels like the game is going through the motions. Nothing is terrible, but nothing stands out. It is soulless and bland.

If you need to get your “Call of Duty” fix, nothing I say will stop you from buying “Ghosts,” but everyone else should just stick to “Black Ops II” until the price goes down.