Latinos who excelled in sports 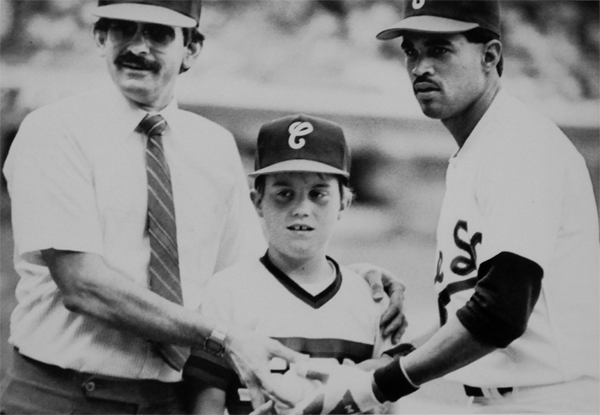 On Oct. 7, Dean of Social Sciences Mike Walker and history professor Matt Hinckley gave a presentation in C-295 highlighting the impact Latinos have made on American sports.

Mel Almada
“The first Mexican to play in the MLB was Mel Almada in 1933,” Hinckley said. “He didn’t have that long or distinguished of a career, but the most interesting thing about him was that in his second to last season he hit safely in 54 consecutive games and came two games short of Joe Dimaggio’s 56-game hitting streak.”

Roberto Clemente
“Roberto Clemente, he’s an important guy, not just because of his incredible skills as a baseball player, but he was also a great humanitarian,” Walker said.

“Eighteen thousand people, I’m told, showed up on the beaches of where the plane crashed and claimed they thought he was going to walk up out of the water. Baseball decided after about two months that they were going to put him into the Hall of Fame.”

Lou Molinet
“The first Latino to play in the NFL was Lou Molinet,” Hinckley said. “For years it was believed that Jesse Rodriguez was the first Latino in the NFL. However, in 1999 Molinet’s granddaughter found a professional football contract that Molinet signed in 1927.”

Jim Plunkett
“Although he doesn’t have a very Hispanic-sounding name, Jim Plunkett was Mexican,” Hinckley said. “He is the first player to win the Heisman trophy and a Super Bowl MVP. In 1971, he became the first Latino to be taken No. 1 overall in the NFL draft and remains the lone Latino to this day.”

“With the Raiders, he won two Super Bowls. Tom Flores was the head coach when Plunkett was the quarterback.”

“There is a general dislike for the Oakland Raiders that’s out there, but there’s also an underlying sense of racism,” Hinckley said.

Ozzie Guillen
“Ozzie Guillen was the shortstop for the White Sox as I was growing up in Chicago,” Hinckley said. “He came back as the manager, and in 2005, led the team to a World Series victory, becoming the first Latino manager to win a World Series.”

“In 1987 my dad and a group of people were going to a White Sox game,” Hinckley said. “My dad won a drawing to throw out the opening pitch and he said ‘Matt I want you to do it.’ I was 10 years old. The one thing I think about that picture is how Mexican my dad looks.”

“Ozzie Guillen basically quit on the White Sox in 2011 and went to go manage the Miami Marlins,” Hinckley said. “Before he even managed his first game he got into a lot of trouble with the fan base in Miami for praising Fidel Castro. Miami is filled with lots of people who fled Cuba after Castro took power, and that was like a slap in the face to them.


ummm…..can someone really “look Mexican?” Sounds like a very outdated and stereotypical way to view a very diverse race.